Objectives: To explore the relationship between SELweb performance and parent-reported social behaviors among youth with ASD.

Conclusions: Results suggest that SELweb performance in youth with ASD is related to several social behaviors as reported by parents, with particularly robust associations with responsibility and empathy. In turn, this effect was driven by SPS abilities, which were also associated with parent-reported ASD symptoms. When considering all aspects of SEL and controlling for age and IQ, it may be the ability to effectively and accurately plan responses to social situations (but not more widely-studied perspective-taking or emotion recognition) that most relates to parent-observed social abilities in youth with ASD, particularly in terms of being well-behaved and showing concern for others. While youth with ASD, then, may exhibit challenges in other aspects of SEL, they may be less directly related to the functional social outcomes ultimately targeted in interventions. The specificity of this finding arises from the use of an assessment tool that permits evaluation of multiple aspects of SEL in the same child – an approach that warrants study in future research. 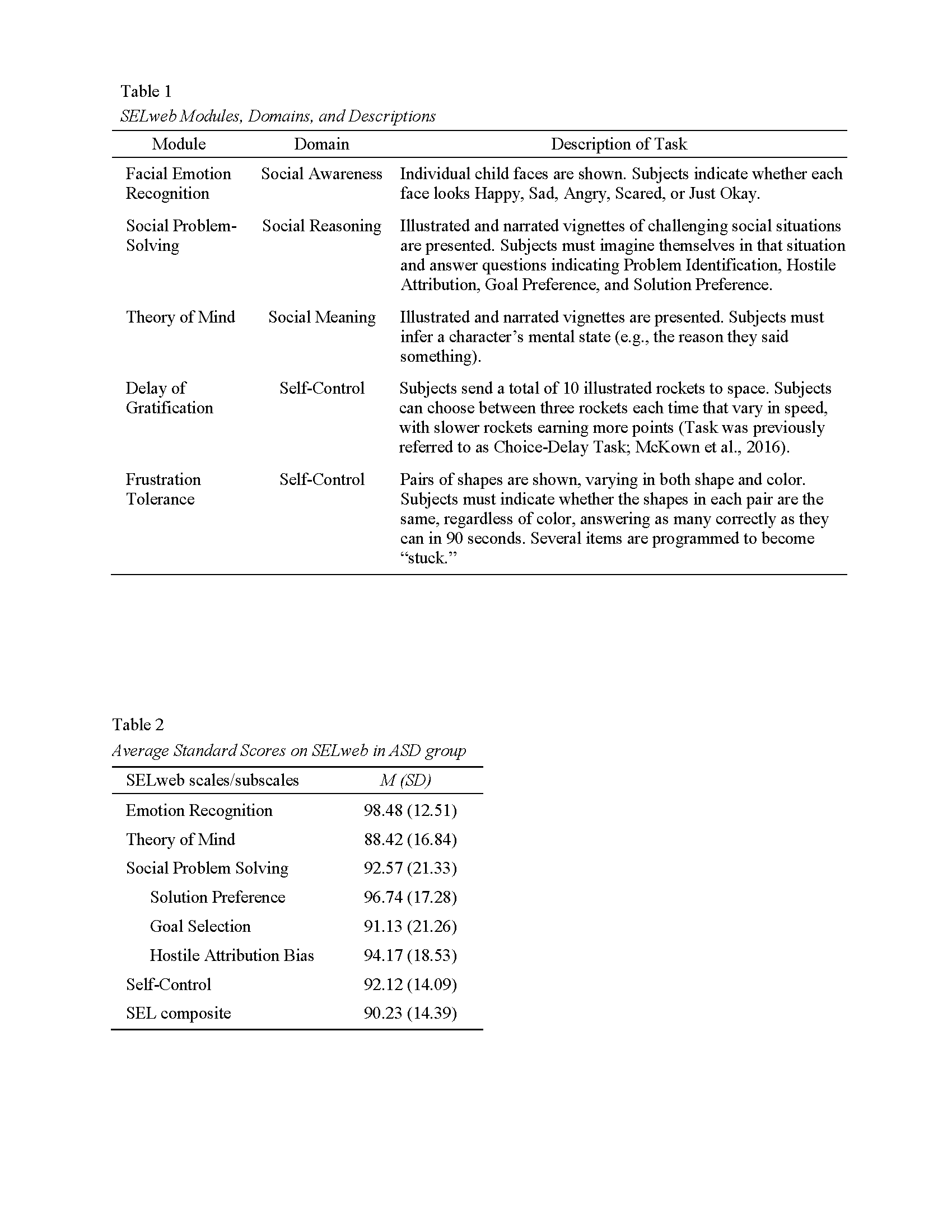