32317
Toward a Cross-Species Measure of Social Motivation: Social Attention during Object Engagement in Autism and Williams Syndrome

Objectives: Here we have developed a novel method to assess social motivation in children with ASD and WS, by quantifying their social attention while the child plays with a high-value toy, a competing non-social stimulus.

Methods: We analyzed video clips from the free play section of the Autism Diagnostic Observation Schedule (ADOS), a standardized, semi-structured, play-based interview often used to diagnose ASD. Specifically, we focused on brief segments when the child was actively engaged with a high-value object (an interactive musical toy), and coded the frequency and duration of the child's gaze toward the object, the examiner, and the caregiver. Inter-rater reliability was high (ICC > 0.9). Videos were coded for three groups: a typically developing group, a group with ASD, and a group with WS.

Conclusions: We are currently replicating these findings in a larger dataset which includes both high-risk and low-risk typically developing children, as well as additional ASD and WS participants. Our pilot analyses suggest that a brief behavioral measure pitting a high-value toy against the innate draw of social engagement could serve as a rapid, feasible measure of social motivation, with implications for enhanced clinical assessment and behavioral phenotyping for genetic research in ASD and WS. 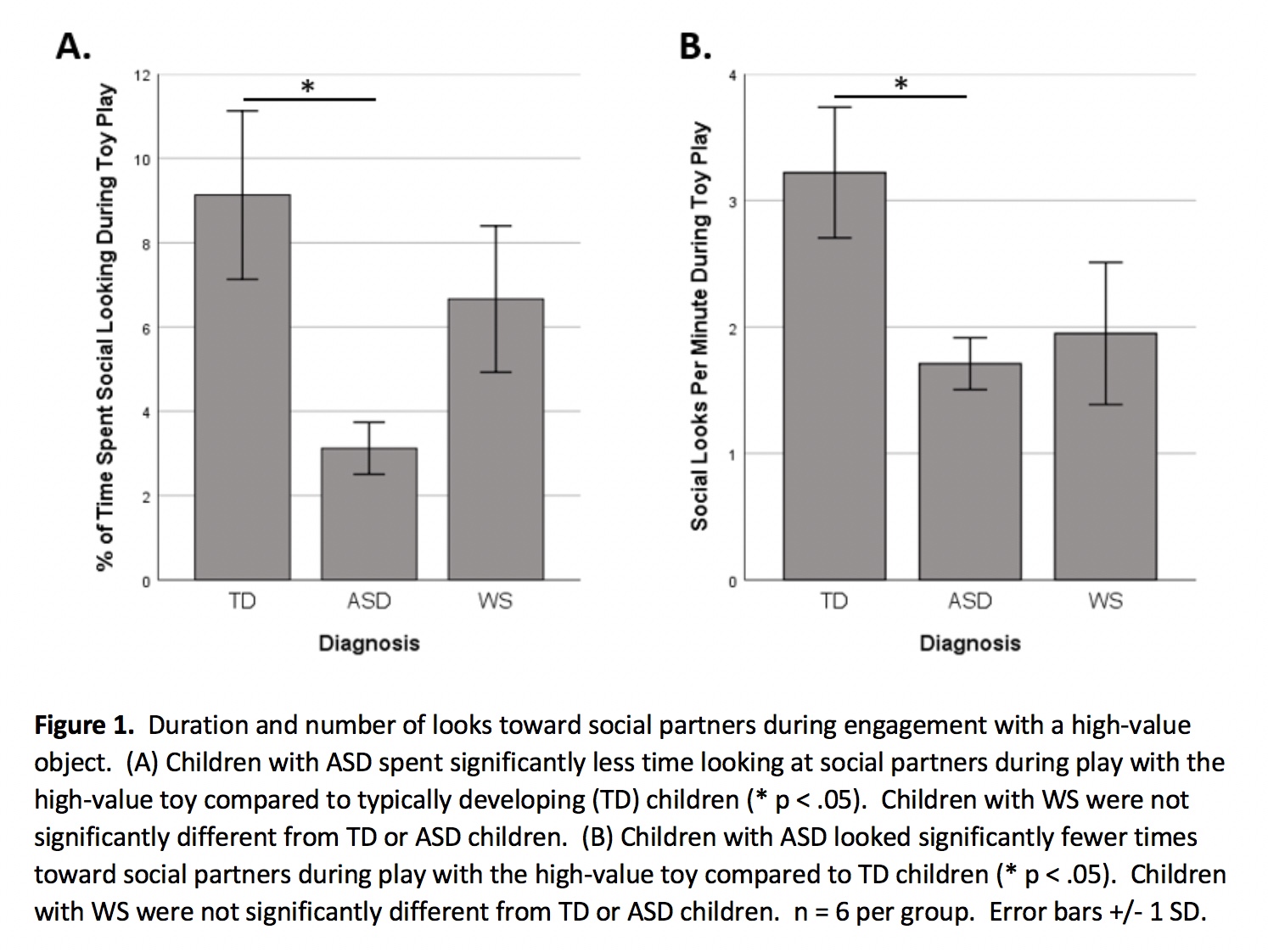