Methods: Participants include 68 children aged 13 to 30 months old at study entry. Measures are displayed in Table 1. We quantified CRVC using a three-event sequential analysis to calculate the operant contingency value, which provides an index of contingency that is independent of the frequency of chance sequencing of events. Because this analysis requires long vocal samples, we used daylong Language ENvironment Analysis (LENA) audio recordings and only included participants with at least 1 hour of input near the child on the recordings. Using a computer program to classify vocalizations and compute the index of sequential association minimized human coder measurement error and vastly increased analysis efficiency.

Conclusions: Overall findings suggest continued development of CRVC is warranted, despite mixed results. Positive indicators of potential clinical utility of CRVC include its sensitivity to change for initially preverbal children with ASD, correlation with expressive vocabulary but not problem solving at two time points, and its derivation using computer analysis of acoustic events without human coding, which minimizes clinician and researcher analysis time. The lack of correlation between CRVC and expressive vocabulary concurrently at some time points suggests that CRVC’s utility may be restricted to children of a particular language level or across a certain time range. Future research attending to these details is required. 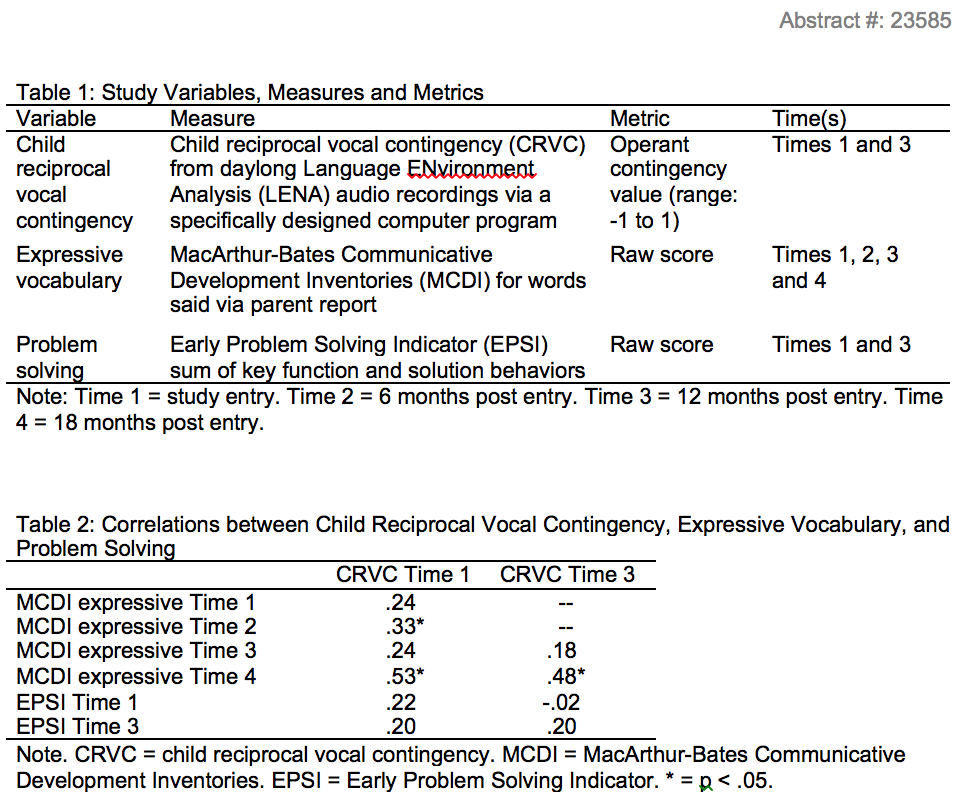