Objectives: The current study aimed to further examine the “eye avoidance” hypothesis by comparing the eye looking time of children with ASD to that of TD children when viewing faces with different expressions.

Methods: We showed faces with different emotional expressions (joy, anger, sadness, and neutral) to 2- to 5-year-old ASD (n = 28) and age-matched TD (n= 31) children for 5 seconds when their eye movements were recorded using a Tobii T60 eye tracker. Sad facial expressions were included to avoid a possible confound between threat-relatedness and negativity of the displayed emotion. We used temporal course measures to examine the proportional fixation time on the eyes in three continuous phases: the 5-second looking time (300 sample data in total) was divided equally into three phases (early, middle, and late phases, each of which was about 1667 ms) and we wanted to determine whether and when effects of different scanning patterns to the eyes appeared. This analysis allowed us to test whether the patterns observed in the current study are stable or more dynamic across viewing time and thus it may provide a more complete picture into face scanning. 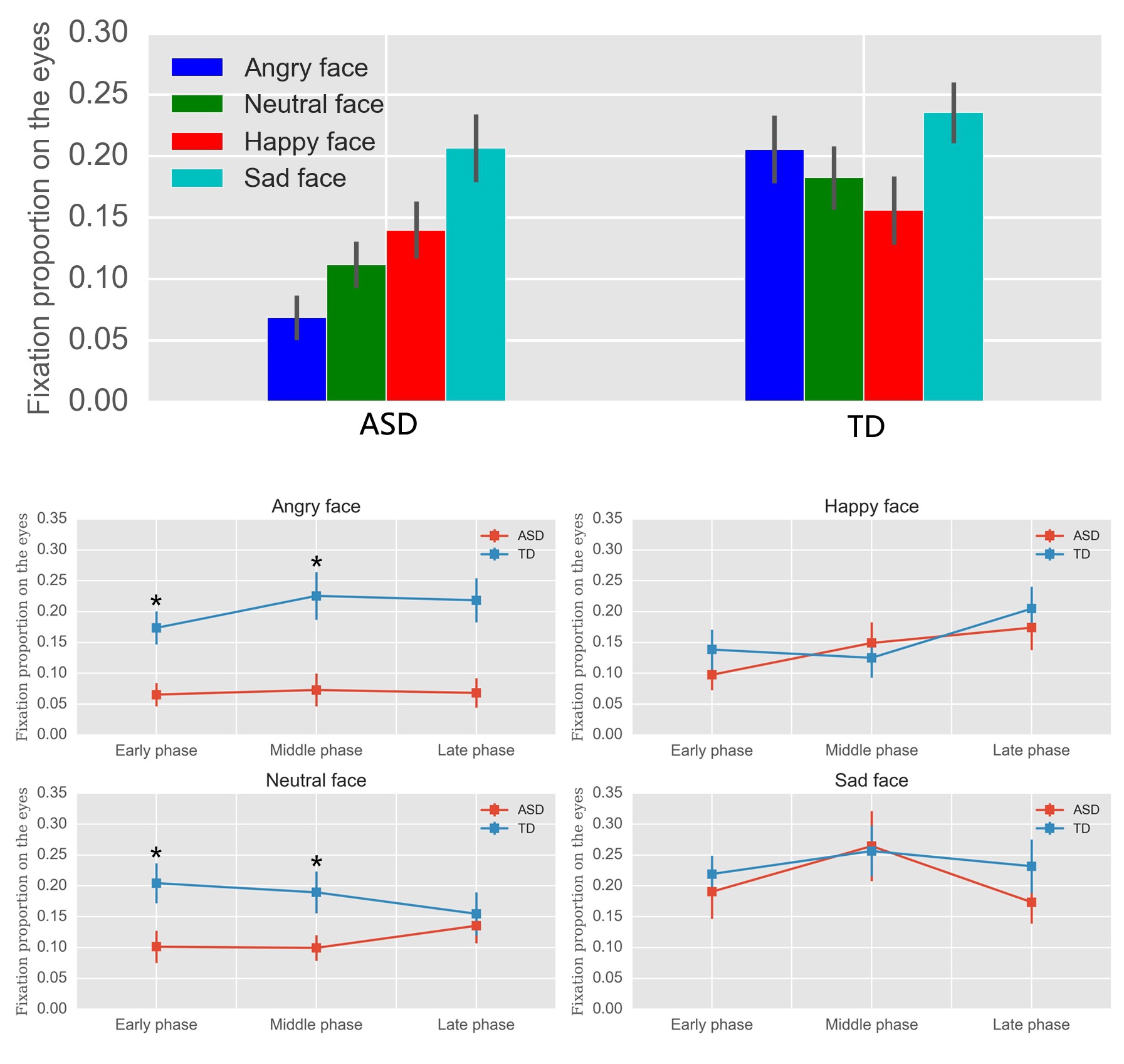