Children with Autism Spectrum Disorder (ASD) are often treated with multiple medications despite limited evidence of efficacy. Existing data of controlled trials of psychotropic medications (PM) show children with ASD have lower response rates than typically developing children and higher rates of side effects. The treatment of children with ASD with polypharmacy including antipsychotic medications (APM) is a public health concern important to providers and policy makers.

High rates of PM use for youth with ASD have been reported in several studies with increased trends in polypharmacy influenced by regional differences, age, and psychiatric comorbidity. Rates of polypharmacy in ASD are markedly higher for youth in foster care. However, studies are needed to document more recent trends.

This poster will examine recent trends of PM use, APM use, and interclass polypharmacy for children with ASD receiving KY Medicaid including those children in foster care. The influence of seizures and intellectual disability on these rates will also be examined.

Medicaid claims from 2013-2015 for diagnosis of ASD were analyzed for children <18 years old and stratified by foster care, intellectual disability and seizure disorders. Polypharmacy was defined by interclass polypharmacy from at least 2 classes for ≥90 days with less than a 7-day gap.

The rates of PM use and rates of interclass polypharmacy in youth with ASD on KY Medicaid are in line with estimates from other states but show a marked increase from 2013 to 2015. Rates of polypharmacy in ASD are influenced by the diagnosis of seizures but not intellectual disability. Continued monitoring for quality and safety indicators of PM use is needed for children with ASD on KY Medicaid and for those in foster care. 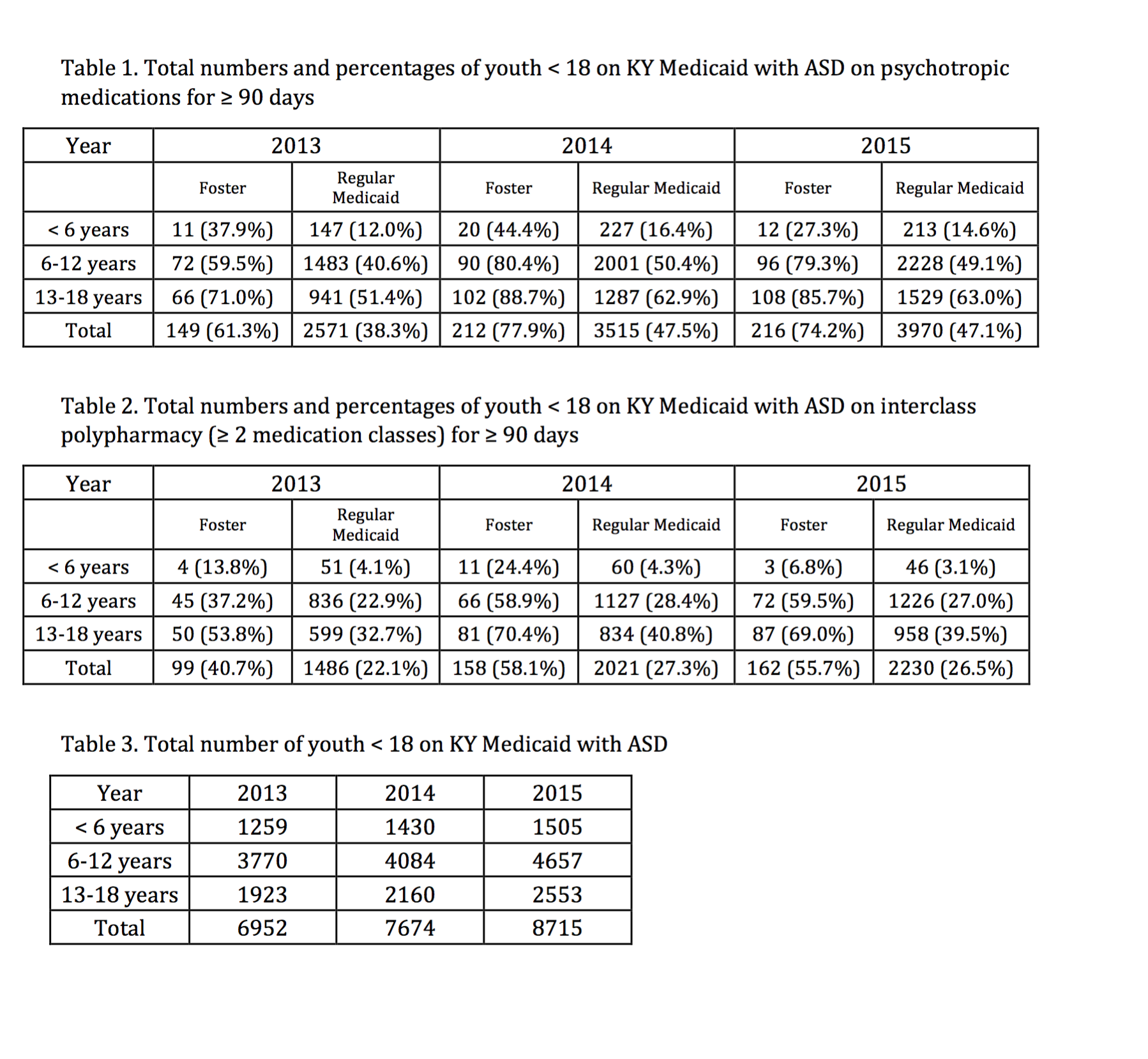