Everyday conversation is often challenging for people with autism spectrum disorder (ASD), but the impact on a given individual can vary from mild to profound. In this study, we explore a behavior that facilitates social communication and could index social motivation: conversational compensation via increased word production. During natural conversation, partners engage in verbal give-and-take. When one partner reaches a lull or becomes quiet, the other partner picks up the conversational slack and “fills in the blanks”. The effort expended to scaffold a conversation could serve as a naturalistic measure of social motivation that is ecologically valid and minimally affected by repeated administration.

Preliminary analyses revealed that confederates produced significantly fewer words in the Bored condition than the Interested condition (p<.001). Participants who produced more words to compensate for the “bored” demeanor of the confederate also had less severe behavioral symptoms as rated by an expert clinician (Pearson r=-.46, p=.01; Figure 1a). Differences in confederate word count by condition were unrelated to participant autism symptoms (r=.007, p=.97; Figure 1b). Multiple regression analysis revealed that conversational compensation by participants predicted significant additional variance in ADOS severity score after accounting for age, sex, and IQ (ΔF=16.05, p=.001). The addition of a self-report measure of social responsiveness (SRS-SR) did not improve model fit, indicating that objective measures of conversational compensation could potentially replace self-report.

Our results suggest that individuals with ASD that have less severe autism symptoms engage in “conversational compensation” to support flagging social interactions with bored interlocutors. This metric could index social motivation, and given that natural language measures avoid problems associated with subjective judgment or self-report, this measure could hold the advantage of being easily collected outside of the lab (e.g. via telephone or Skype). Quantifying such compensatory behaviors during natural conversation could shed light on the clinical heterogeneity currently complicating the search for the biological basis of ASD, and an ecologically valid metric of social motivation could serve as a treatment response indicator that taps the “essence” of ASD. 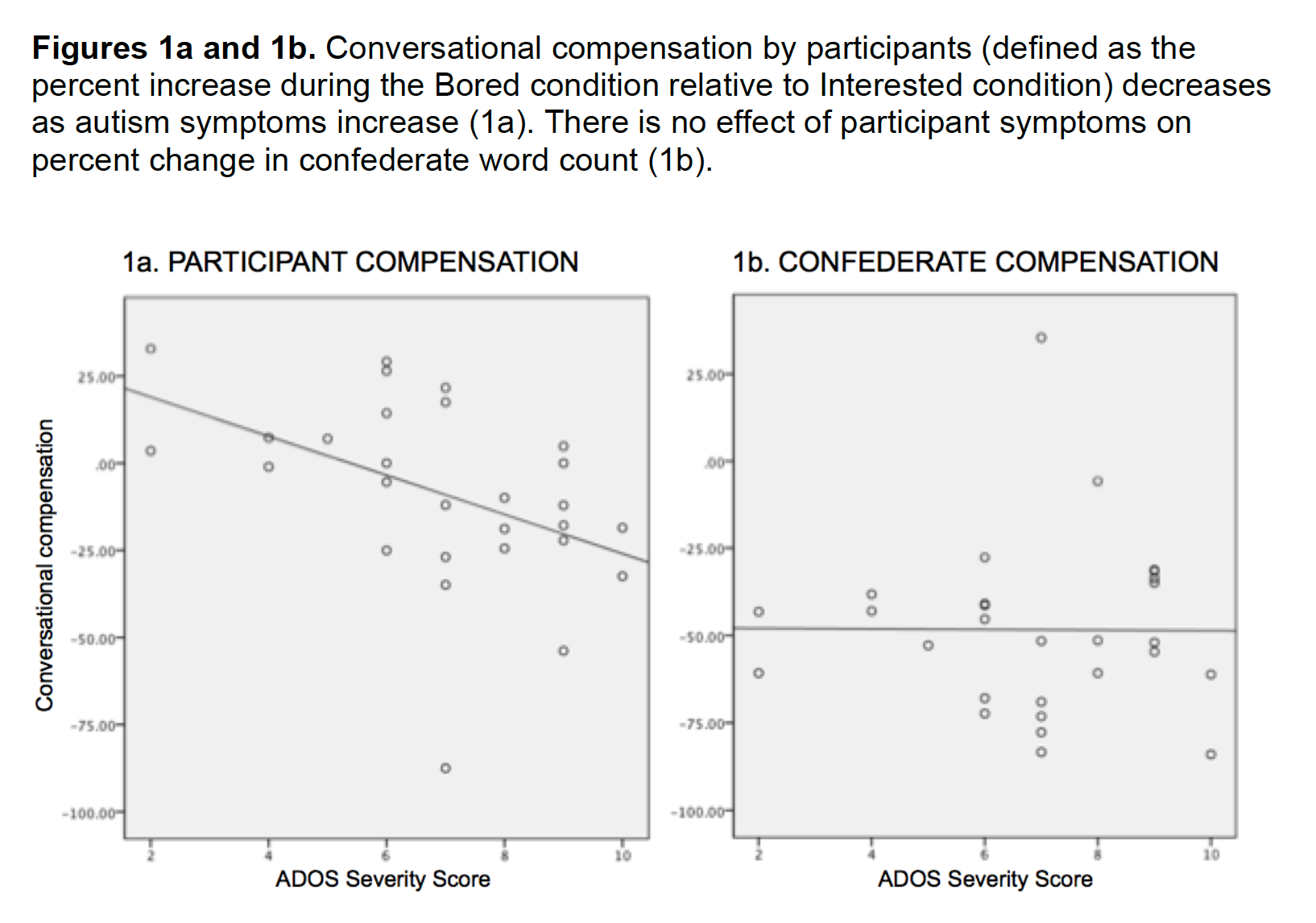