Objectives: Compare rates of “um” and “uh” use in boys and girls with ASD, and assess relationships between filled pause type and parent reported social functioning.

Methods: Participants were 65 verbal school-aged participants with ASD (49 boys and 16 girls), with IQ estimates in the Average range. Speech samples from the conversation and reporting section of the Autism Diagnostic Observation Schedule – 2nd Edition were orthographically transcribed and time-aligned, and filled pauses marked. Parents completed the Social Communication Questionnaire (SCQ) and the Vineland Adaptive Behavior Scales-2ndEdition.

Results: Multiple regressions using age, IQ, sex, SCQ, and Vineland scores to predict rates of “uh”, “um”, and “um ratio” revealed significant effects of sex and Vineland Socialization domain scores on “uh” and “relative um” but not “um” alone (see Table 1). Consistent with sex differences in filled pause use in the general population, t-tests revealed that boys with ASD produced more “uh” than girls with ASD. Increased “relative um” use by boys correlated with less severe ASD symptomatology; this effect was driven by increased use of “uh” by boys with greater symptoms. “Uh” was a consistent predictor of poorer parent reported socialization across both sexes, whereas “um” was not (see Figures A, B).

Conclusions: Language may have a significant impact on the way children are perceived, with typical-sounding patterns potentially serving as “linguistic camouflage” for girls with ASD. In this study, the extent to which girls used “um” predicted better parent reported social functioning. This link suggests that “um” is a gender-socialized linguistic marker and not associated with ASD per se. On the other hand, increased “uh” use correlated with poorer social functioning in both groups, suggesting that it may be associated with ASD across both sexes. This study highlights the importance of continued commitment to understanding the complex web of biological and environmental factors that influence ASD emergence and presentation in children, including sex and gender socialization. 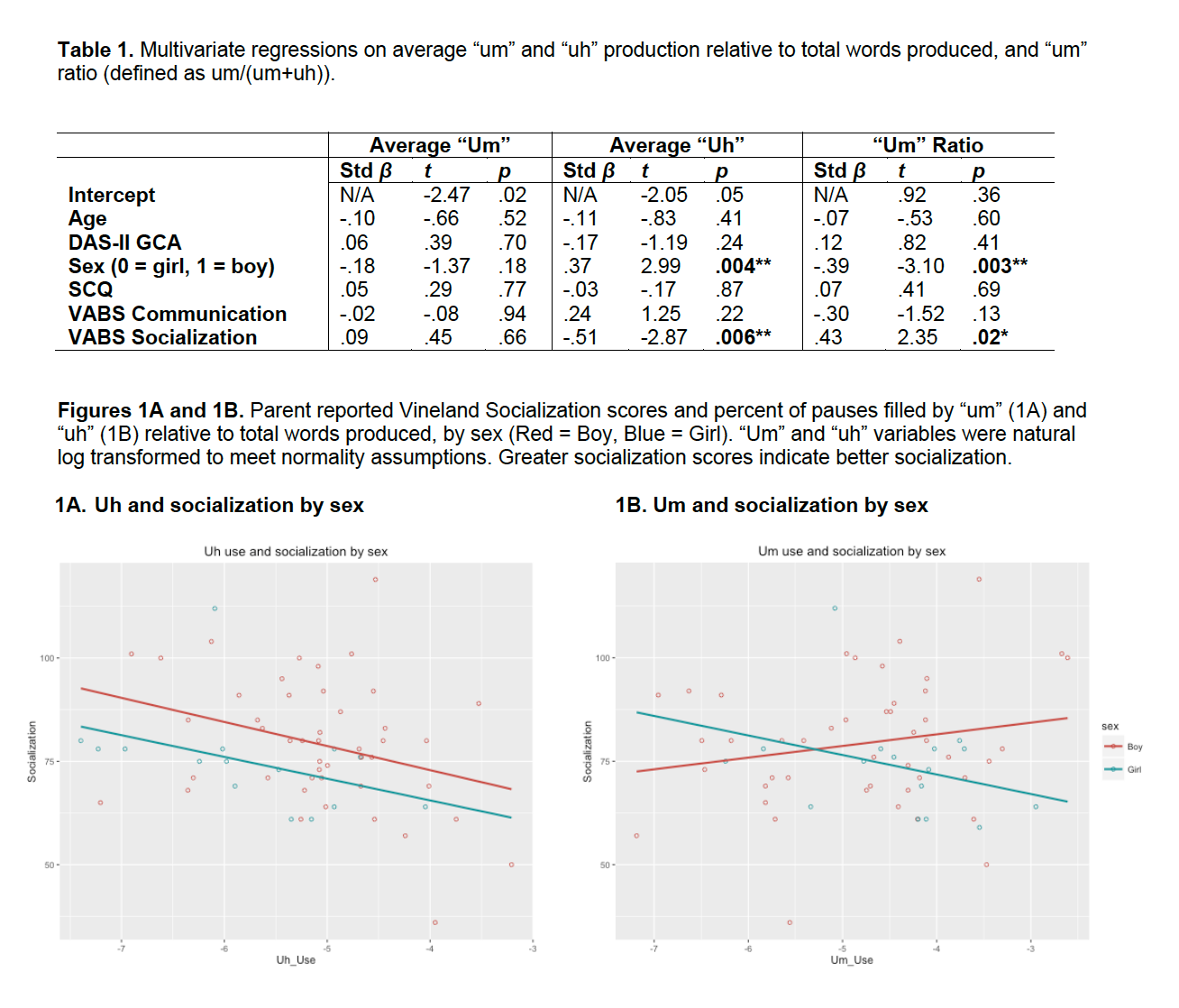