Objectives: Compare the effectiveness of two EF treatments, UOT and PATSS, in typically underserved children with ASD or ADHD and flexibility problems.

Methods: The interventions were embedded in 22 mainstream Title 1 elementary schools in which at least half of the students qualify for free/reduced lunch fees. All children: had IQ>70; were in 3rd-5thgrade; were identified by school staff as being inflexible and having characteristics of ADHD or ASD; and met diagnostic criteria for either ASD (ADOS-2) or ADHD (MINIKid). 145 children (ASD n=48; ADHD n=97) completed the trial. Of those that completed the trial, only 29.7% were White/Non-Hispanic. The intervention groups were equivalent regarding age, sex, and IQ. Both interventions were delivered by school staff to small groups of students in approximately 20 sessions of 30-40 minutes each. The two interventions were matched for amount of parent, teacher and interventionist training (70% of parents attended a parent training). We compared change in both groups from pre- to post-intervention (PRE, POST) via treatment blinded classroom observations, classroom teacher ratings (SKAMP), WASI Block Design and BRIEF scores.

Results: Fidelity ratings were adequate overall. Performance on all measures improved for both ASD and ADHD children following UOT, but PATSS demonstrated more differentiated effects with more improvements in ADHD. See Table below for paired samples t-tests. Blinded classroom observations also showed some important differential effects in specific behavioral targets. See Figure below for percentages of children who improved on each of the classroom behaviors observed.

Conclusions: Children with ASD and ADHD in low-income schools benefit from community-based EF interventions adapted to engage teachers and families. 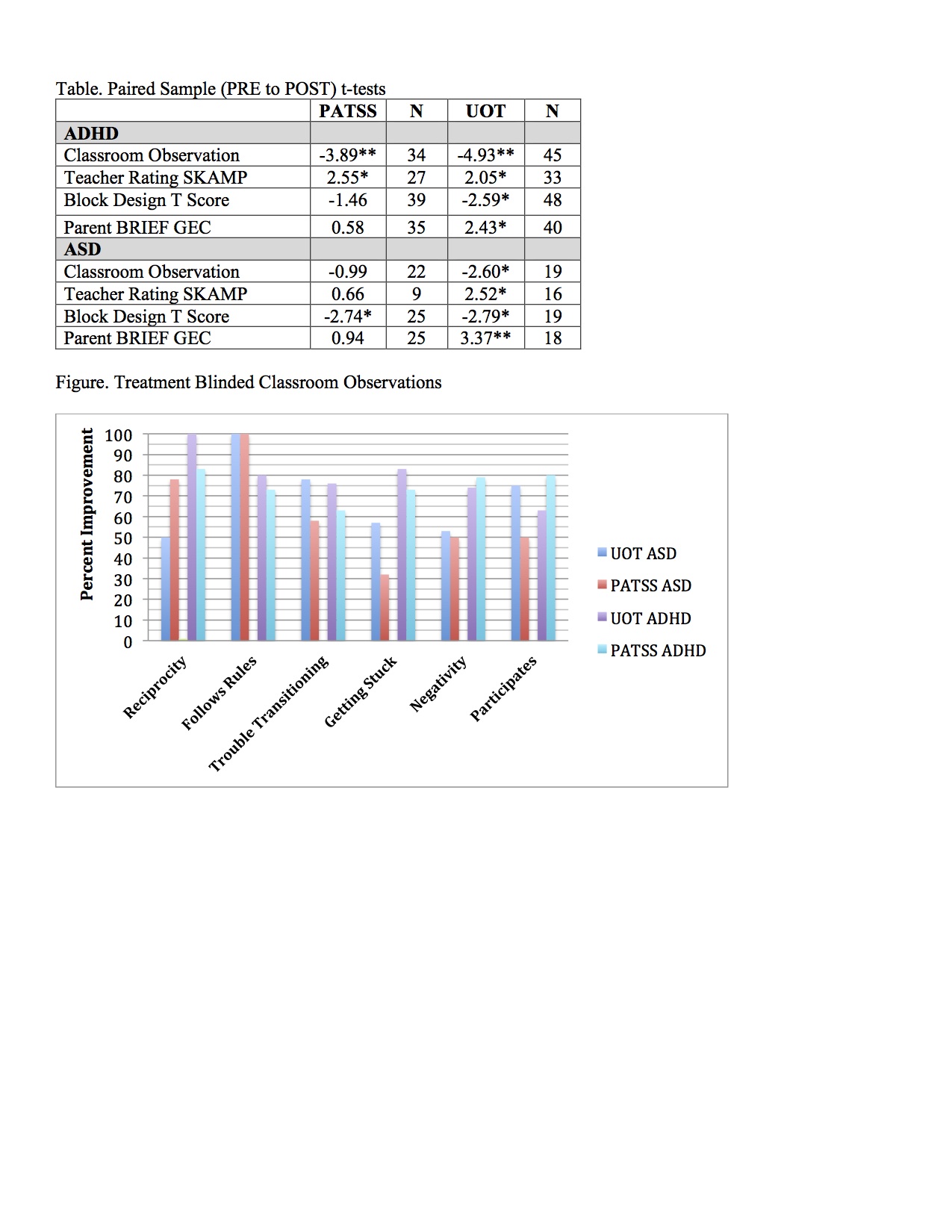