Conclusions:  HFASD improved in their narrative retelling skills with similar 30-month growth rates regardless of initial scores. Lower ASD symptomatology and higher VIQ, but not age, were significantly associated with better SM1 performance, but did not impact growth rates. SM1 was a significant predictor of RC3, but there was no relation between the rate of SM growth and RC. These data provided unique details about the social communication development of school-aged children with HFASD, and raise the possibility that narrative retelling may be an important intervention target to improve reading comprehension in these children. 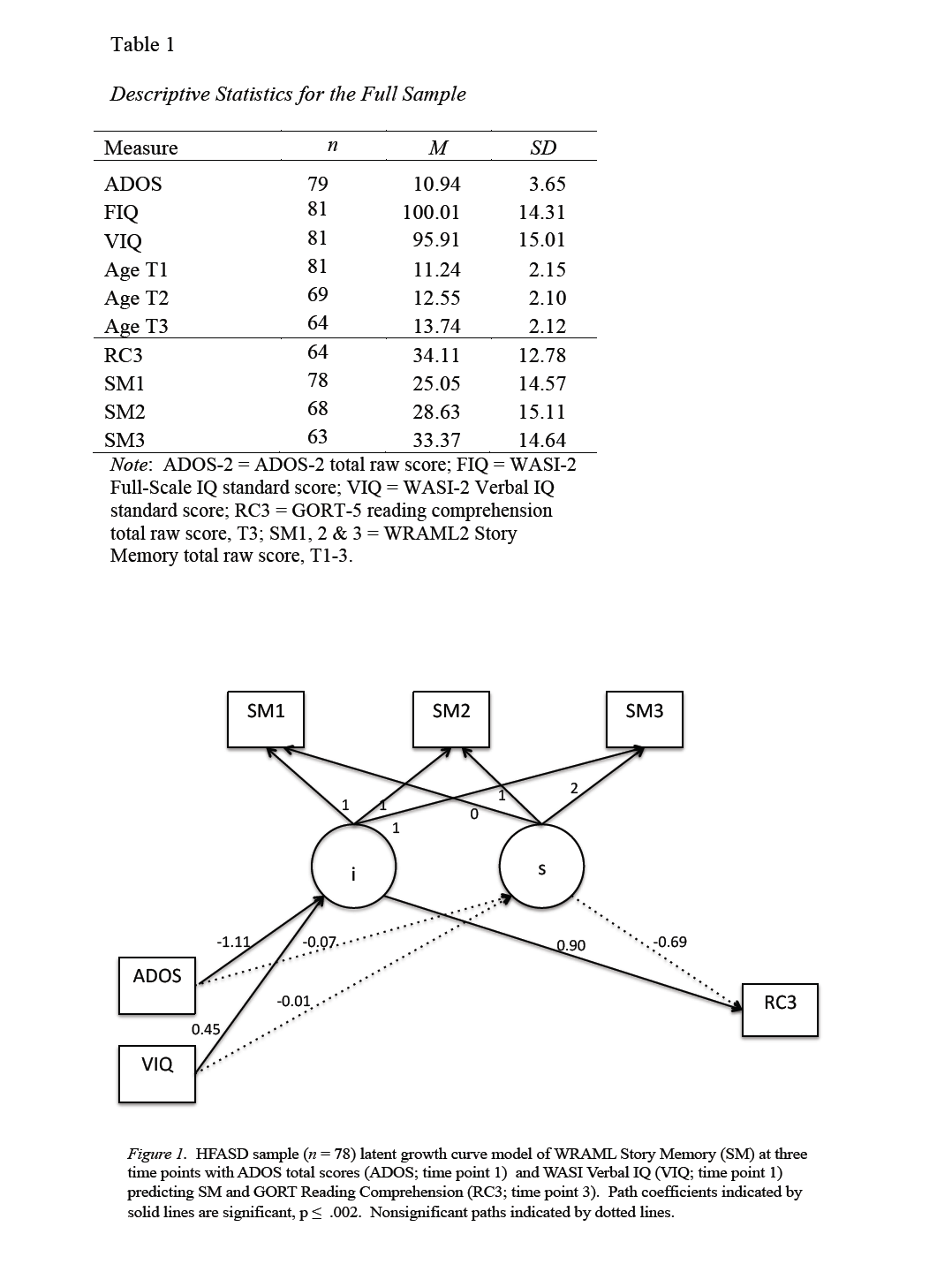