Objectives: To use data mining techniques to generate a novel feature representation and analysis approach that targets differences in AAC usage patterns between users with and without ASD.

Methods: The data used in this study represents the key presses of 189 users (81 ASD, 30 TD, and 78 with aphasia, language disorder, learning disability, or other disorders) over several sessions with FreeSpeech, an iPad AAC application that provides audio when users select pictures. The user’s keypresses are categorically sorted and each key is given a unique identifier in the range of its associated category. Using a sliding window of 20 keypresses with 75% overlap, usage data is segmented and each segment is considered as a standalone sample. Random Forest (RF) and Linear-Support Vector Machine (Linear-SVM) algorithms are used to distinguish ASD and non-ASD users based on 20 keypress usage patterns. 10 repetitions of K-fold-cross-validation (k=10) with 0.9 and 0.1 ratios for training and testing is considered. Accuracy and Cohen’s Kappa were compared for models’ performance.

Conclusions: We investigated the informativeness of a feature representation mechanism that converts nonstationary keypress recordings to stationary and sliding time-windowed-patterns. The feasibility of our feature representation method is evidenced by the good performance of RF approach. More comprehensive data collection and classification model training will allow for the generation of more robust and accurate models that can be coupled with the application for real time analysis of user usage pattern with ability to provide adaptive content potentially based on usage patterns. 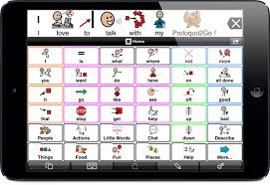