Children as young as 24 months of age diagnosed with Autism Spectrum Disorder exhibit poor imitation skills. Amongst the many skills often targeted during early intervention, imitation is particularly important because of the integral role it plays in the development of communication and social skills. However, the published curricula provide a sequence for selecting imitation targets for intervention that has never been directly tested and are not empirically validated. This lack of information is a potential pitfall, because it is impossible to know whether the sequence of skills in these curricula accurately represent a continuum of complexity. A shortfall, that could result in less responding, more trials to mastery and less skill acquisition. The use of an empirically validated protocol may result in more faster and more efficient learning.

Children with ASD were randomly assigned to two treatment groups to determine difference in imitation performance. The treatment group followed the instructional sequence proposed in the MVIA. The comparison group followed the instructional sequence proposed in the VB-MAPP. Initial levels of imitation were assessed via the MVIA. The intervention consisted of discrete trial training (DTT). A trained therapist presented a fixed number of stimuli in massed trial format. Prompted and unprompted imitative responses were reinforced using edibles. A most-to-least with a progressive time delay prompting strategy was used to help the learner engage in the target response.

These results indicate that the MVIA protocol provides an appropriate sequence ordered from simple to complex for selecting targets for intervention. These findings suggest that organizing and sequencing skills in increasing difficulty, as with the MVIA protocol, leads to more appropriate target selection. Targeting skills that are appropriate for the child’s current skill level, in turn leads to more effective and efficient intervention. Results also replicate previous findings that demonstrate that imitation performance plays a critical role in other areas of development. 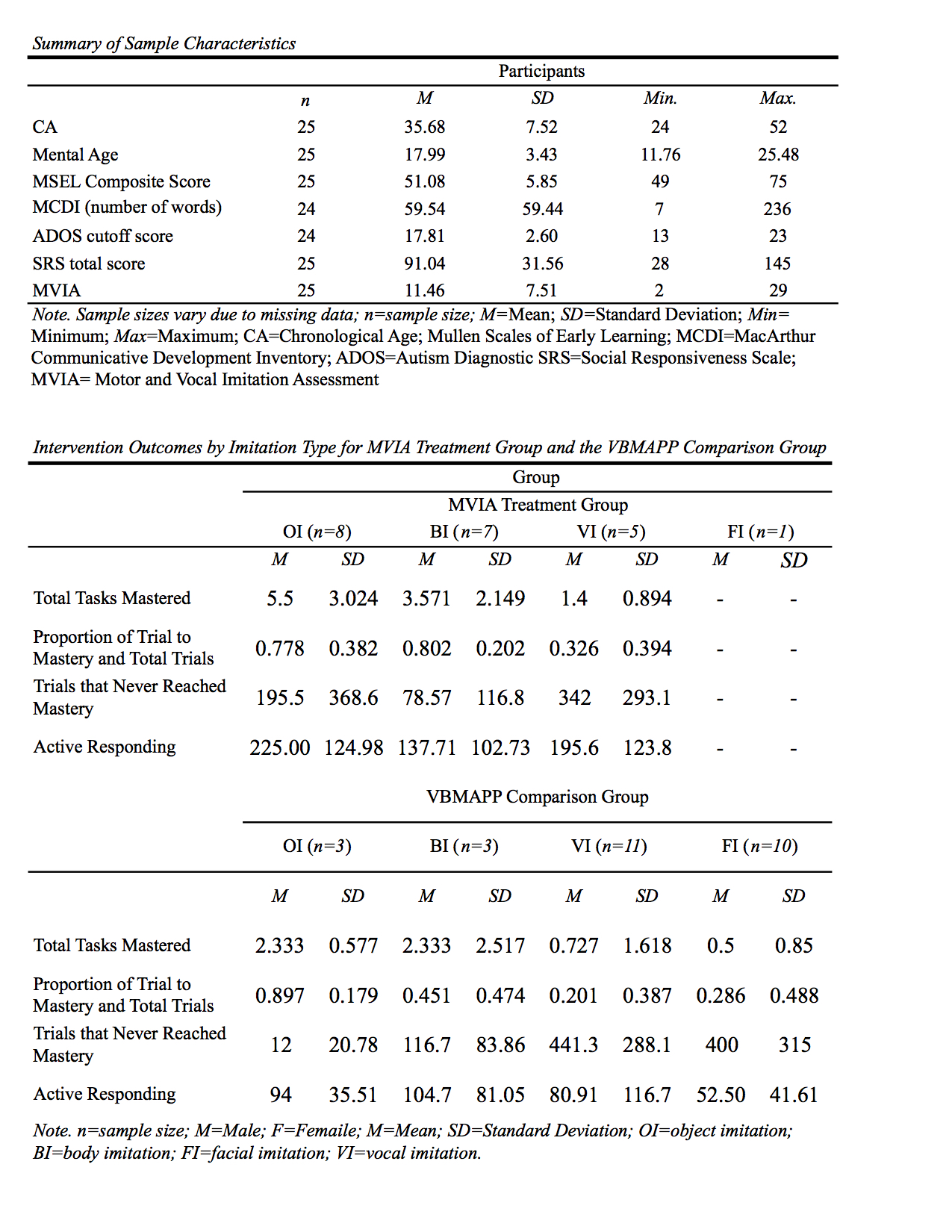