Objectives: To develop and deploy multiple video stimuli, designed to elicit behaviors relevant to ASD screening, on a mobile device and validate them with computer vision methods that automatically code affective and attentive child responses.

Methods: Multiple short video stimuli (<1 minute) designed to elicit specific social and emotional responses were displayed on an iPad, while at the same time the front facing camera recorded the child’s face at 1080p resolution and 30 frames per second. Computer vision algorithms to assess head position, head turns, and affect were developed. In addition, human raters trained on Facial Action Coding System for Infants and Young Children coded multiple videos for ground truth affect and head turn labeling. A subset of the responses coded by the human raters and computer vision methods were analyzed for agreement. All responses coded by the computer vision methods were analyzed to determine whether stimuli differentially elicit child behavior.

Conclusions: We developed and deployed multiple video stimuli on a mobile device to elicit ASD-specific behavioral responses. From the video data and our computer vision methods, we were able to automatically code affective and attentive responses. We validated our automatic methods with trained human raters, and demonstrate the effectiveness of our video stimuli to differentially elicit child behaviors. Applications such as the one presented could lead to new or refined behavioral risk marker assessments.

Technology demonstration: We will have a demo where the audience can watch a video stimuli on a mobile device while the front facing camera records their face. After the video, we will present facial statistics (affect, head movement) that were automatically computed with our methods. 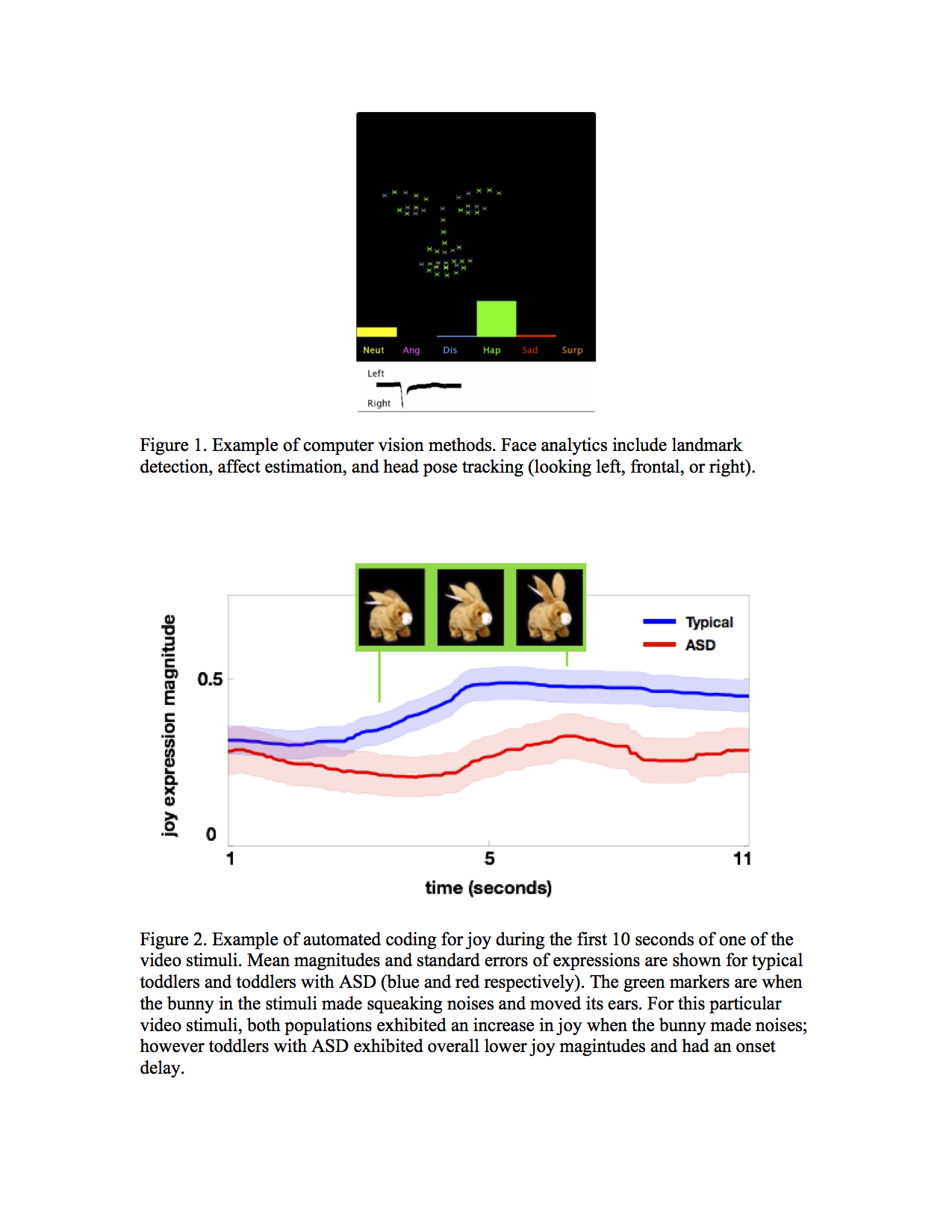