Pragmatic, or social language, deficits have been observed across the autism spectrum, and sub-clinically, in family members of those with ASD (Landa et al., 1992). While pragmatic language differences are observed in healthy men and women, sex differences often have not been detected between mothers and fathers of children with ASD (Landa et al., 1992; Klusek, Losh & Martin, 2014). Little is known about potential sex differences in the pragmatic functioning of children with ASD.

Objectives: To explore gender differences in autism symptoms, focusing on pragmatics. To determine whether differences are consistent across cultures.

Conclusions: Findings suggest similar sex differences on pragmatic errors in both cultures, with pragmatic ability possibly linked to nonverbal intelligence in boys with ASD. Also, sex differences on social-communication and repetitive behaviors/restricted interests are present on UK/Ireland sample ADOS scores. Implications for earlier identification and services for girls with ASD are discussed. 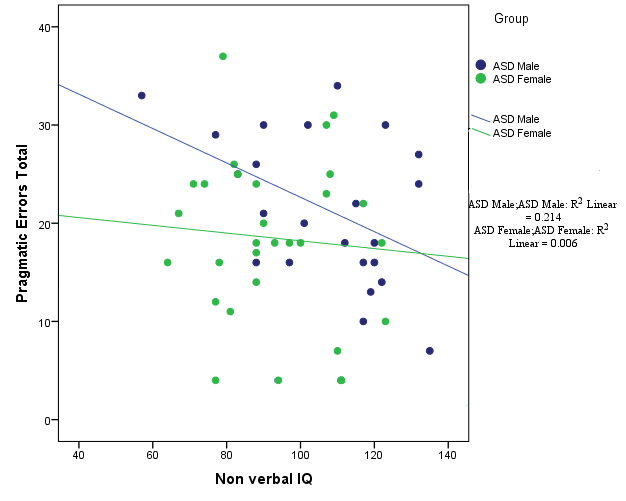