Methods: Data were drawn from the Canadian Pathways in ASD study and included 247 children with ASD and their mothers. Mothers' depressive symptoms were assessed at four time points between ASD diagnosis (T1; children’s mean age was 39.02 months, SD=8.7) and when the children were between 7 and 8 years old (T4). 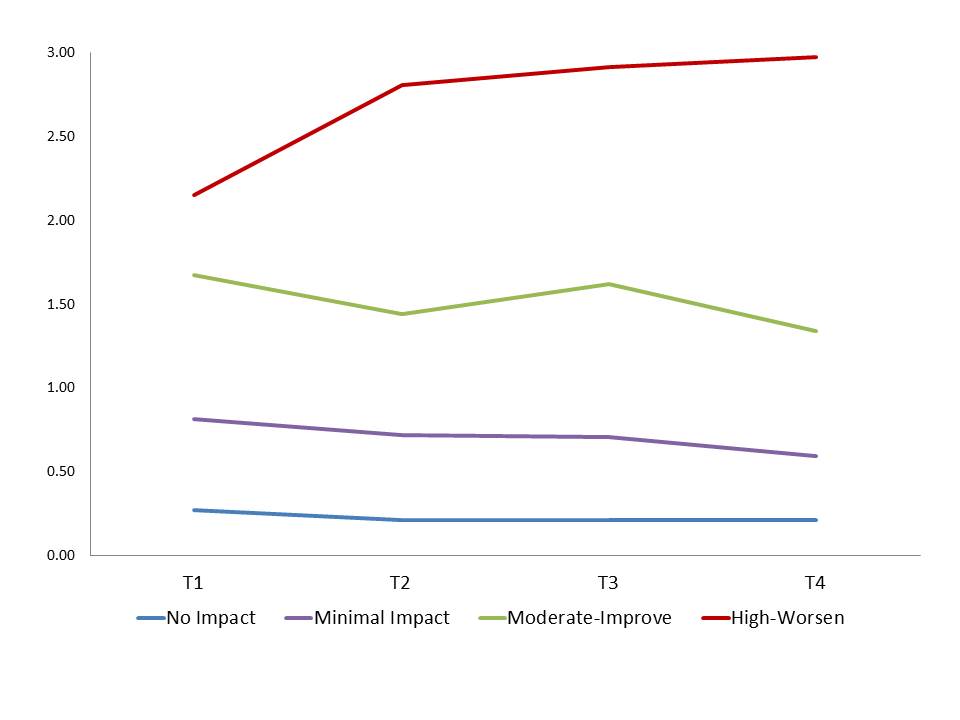