Background: Poor empathy and deficits in mimicry of others’ emotions have been reported in autism spectrum disorder (ASD). However, studies have either examined only cognitive aspects of empathy or only measured self-reported empathy. Furthermore, most studies have not adequately controlled for cognitive factors influencing empathy expression such as alexithymia; that is, the inability to express or understand one’s own emotions.

Objectives: This study was the first to measure involuntary facial mimicry of painful expressions as an indicator of empathy in ASD. Muscle reactivity was examined in individuals with varying levels of autism traits. We hypothesised that muscle mimicry and subjective affective empathy are strongly correlated with alexithymia, but are not impaired in ASD once alexithymia has been controlled for. We further hypothesised that the ability to understand others’ emotions, i.e. cognitive empathy, would enhance affective responses.

Results: Muscle activity increased significantly from the start of the video to the time of greatest pain and was greater in muscles associated with pain than muscles associated with surprise. High trait autism was correlated with lower muscle amplitude, reduced perceived pain intensity and lower subjective affective ratings while observing pain. However, once alexithymia was controlled for, autism traits were no longer correlated with muscle amplitude or affective states. Furthermore, there were no differences in habituation or speed of muscle response between low and high autism trait participants. Cognitive empathy did not predict muscle reactivity or affective responses. 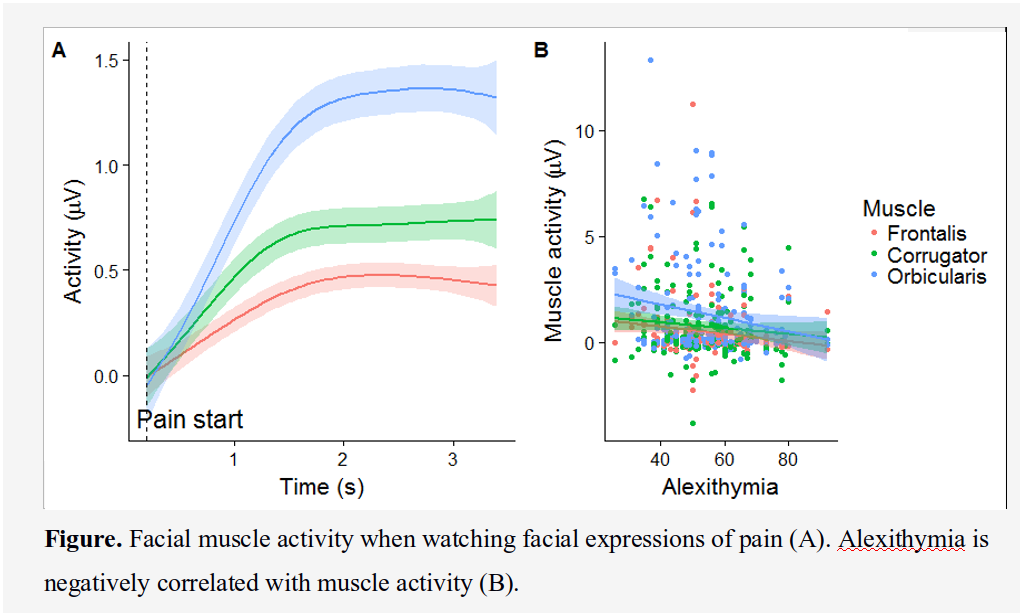