Approximately 30% of children with autism spectrum disorder (ASD) remain minimally verbal (MV) despite intervention, using only single words or fixed phrases in familiar contexts (Tager-Flusberg & Kasari, 2013). There is inconsistency in the measures used to make a research determination of MV status. A previous study using the Simons Simplex Collection (SSC) found that the MV sample composition varied depending on the measures chosen and found substantial variability in cognitive skills in all MV groups (Hus et al., 2016). Given that SCC excludes children with a nonverbal (NV) mental-age below 18 months, many MV children were likely excluded from that sample. The current study builds on the contributions of Hus et al. (2016) by examining characteristics of MV children in the Autism Genetic Resource Exchange (AGRE) dataset. The AGRE dataset provides a representative MV sample, as it has no mental-age cutoff.

Three of the definitions (ADI-R “single/no words”, ADOS “few words”, VABS EL below 24 months) had high overlap and consistent sample characteristics. Including all ADOS Module-1 participants yielded a larger MV group, indicating that some participants used less language during the ADOS administration than in their daily activities as reported by parents. Reducing the VABS cutoff to 18 months resulted in a much smaller MV group with notably lower cognitive scores, indicating that this group likely represents a subgroup of the MV population with greater overall intellectual impairment. All MV groups showed variability in cognitive scores, with many participants achieving non-verbal IQ scores in the normal range. This study highlights the importance of selecting a MV definition based on the study goals, as well as carefully assessing participants and reporting sample composition, as there is substantial variability within the MV group regardless of definition used. 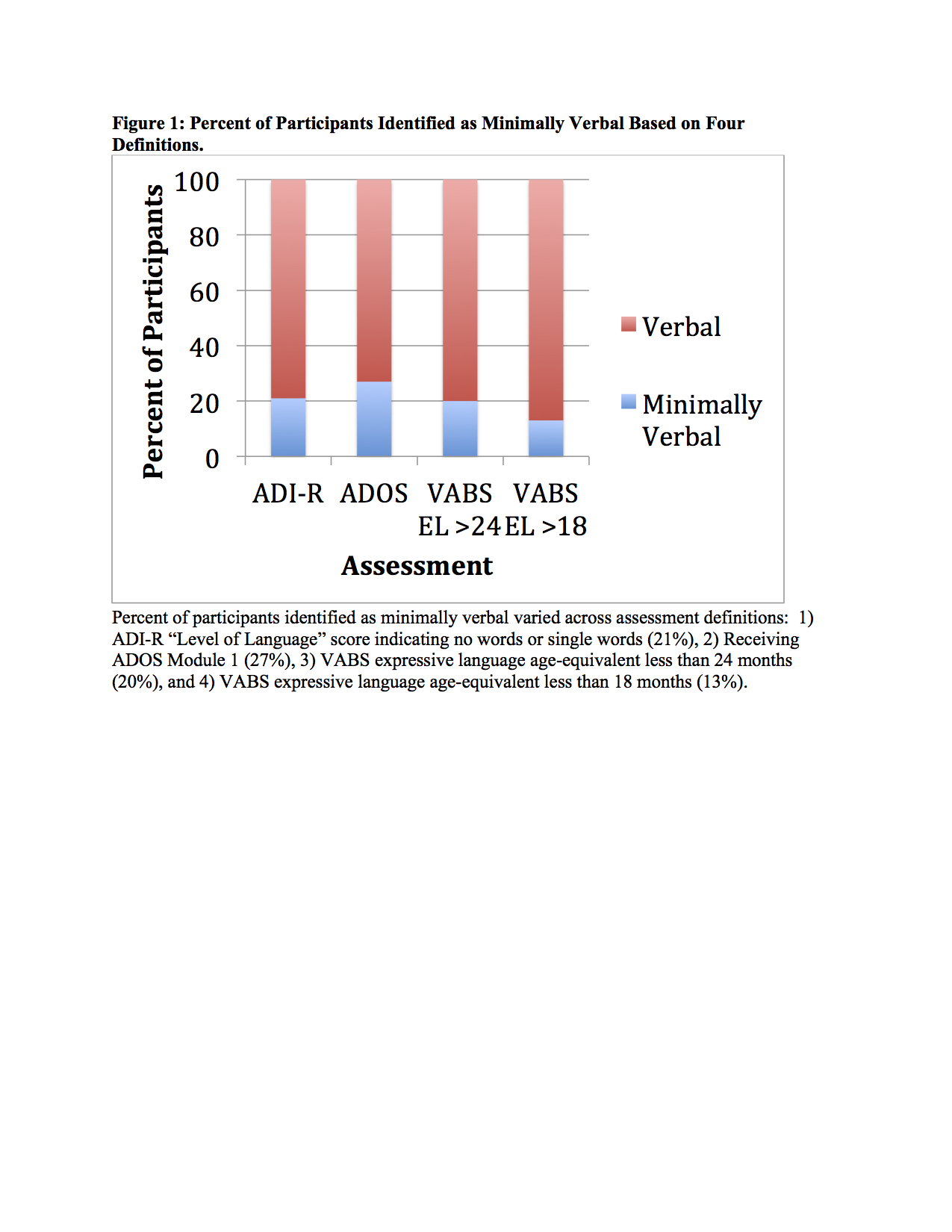