28626
Types of Parent Responsiveness: Longitudinal Changes Associated with a Parent-Mediated Intervention for Children at-Risk for ASD

Early interventions have effectively increased parent responsiveness (PR) to children at-risk for ASD. Few studies have examined these effects longitudinally, and little is known about the impact of interventions targeting PR on changes in parental nonverbal and verbal responses.

ART was effective in increasing overall PR, nonverbal responses, and non-directive verbalizations at post-treatment, but these effects were not maintained at follow-up. Because our measure of PR heavily focused on contingency, it might not have tapped into other important aspects of PR for preschoolers. That is, contingency in PR is associated with positive outcomes for infants and toddlers, but may be less important for preschoolers, who have attained greater cognitive and linguistic competency. Future longitudinal research should examine broader dimensions of PR to determine if parents who increase their contingent responses to at-risk infants/toddlers differ in other dimensions of PR with their preschool children, such as the syntactic complexity and semantic richness of verbal responses. 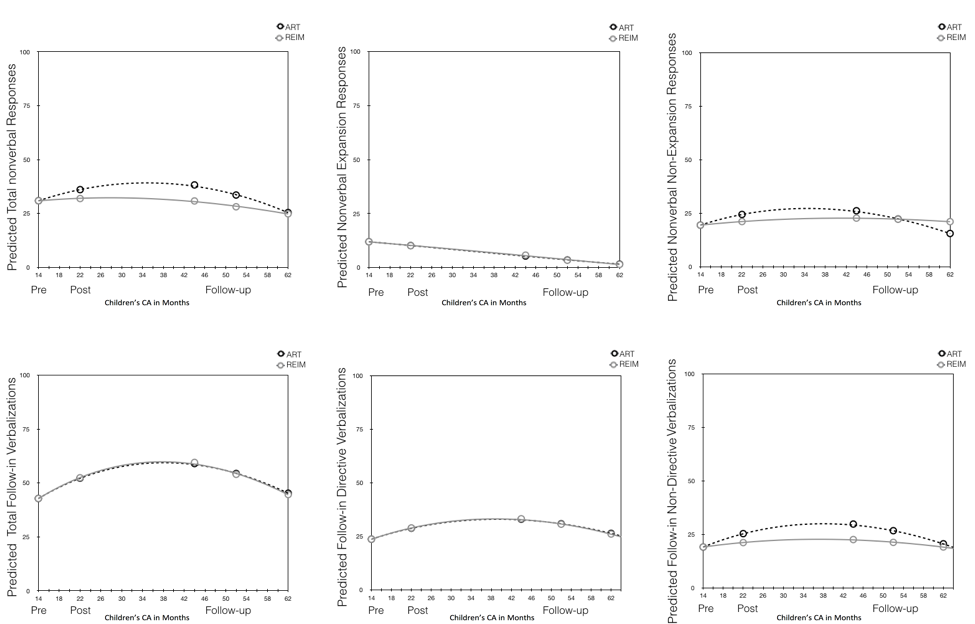