29395
Cultural Transmission in Autism: The Relation between Imitation and Perceived Likeability of Autistic Adults

Imitation serves important social functions, boosting feelings of affiliation between interaction partners (Chartrand & Bargh, 1999). Imitation may also be a key driver of cultural transmission within social groups (Legare & Nielsen, 2015). Previous work has demonstrated that autistic individuals engage in less imitation of neurotypical targets than would be typically expected (Williams et al, 2004), potentially leading autistic people to miss important social conventions. However, no work has examined the extent to which this reduction in imitation is mirrored in neurotypical individuals when responding to autistic targets.

This study specifically examines whether autistic adults are imitated less frequently than neurotypical adults. In addition it aims to assess the extent to which likeability of the demonstrators mediates the relationship between diagnosis and imitation.

Twenty-four neurotypical adults watched movies of autistic and neurotypical targets (adult, 2 male and 2 female, high-functioning) introducing a task in which participants were shown how to make a clay object. Participants were blind to the target diagnosis and had no knowledge that the study was about autism. Following each introduction clip, the movie cut to a demonstration of a pair of hands making the clay object, which participants believed belonged to the introducer. In reality, the demonstration movies depicted the same neurotypical confederate across all trials (see Figure 1).

Each demonstration included four target actions for which later imitation was assessed. These actions were the choice of clay colour, tool choice, an unnecessary action (throwing and catching the clay), and the style of an action (squashing the clay with a little finger). Participants were instructed to make the clay objects and spontaneous imitation of the target actions was coded. Following the imitation task, participants completed likeability ratings for each of the targets and were asked to select one target for a hypothetical future clay task.

Target actions were imitated less when the task was introduced by an autistic person (F(1,23)=8.31, p<0.01), compared to a neurotypical person. Likeability ratings were lower for the autistic compared to the neurotypical targets (F(1, 93)=8.27, p = .009). Regression analyses indicated that likeability ratings rather than target diagnosis best predicted imitation (B=.42, p=.011), indicating that likeability could have a mediating effect on the relationship between autism diagnosis and imitation. Autistic targets were selected below chance for the future task (χ2 (3, N = 24) = 9.33, p < .025).

The findings from this study have two important implications. First, a bidirectional reduction in imitation occurs between diagnostic groups. If imitation drives cultural transmission then this finding provides a mechanism for the origins of divergent autistic and neurotypical cultures, as proposed by a neurodiversity perspective (Davidson, 2008). Second, autistic targets were perceived as less likeable and were selected for future interactions less frequently than neurotypical targets. These findings demonstrate how being autistic can lead to social isolation and exclusion from neurotypical society, highlighting the need for societal-level interventions which tackle this problem. 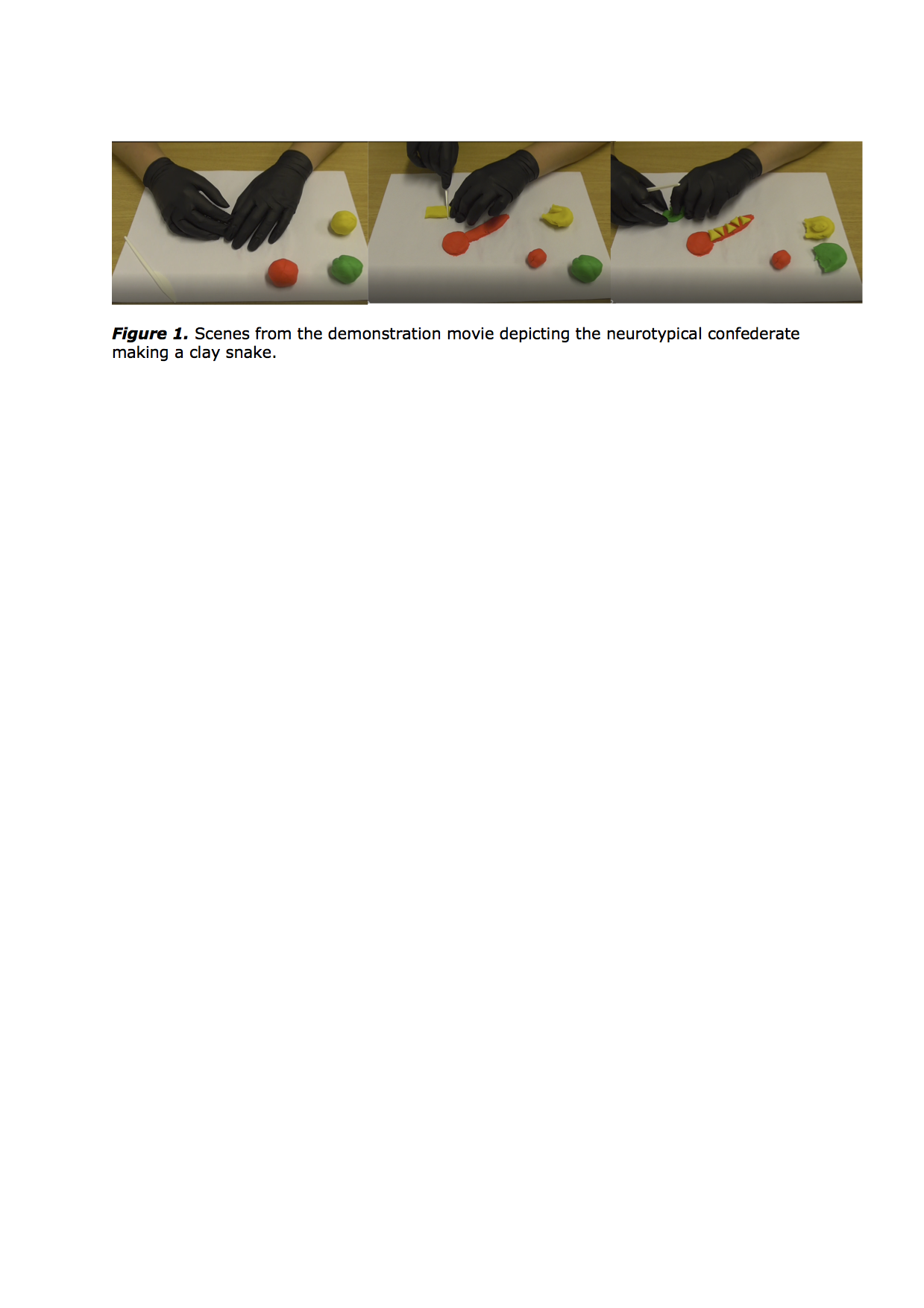