Poster Presentation
Room: 710 (Palais des congres de Montreal)
H. Kumazaki1, T. Sumiyoshi2, B. Yamagata3, T. Muramatsu4, M. Mimura3 and M. Kikuchi1, (1)Research Center for Child Mental Development, Kanazawa University, Kanazawa, Japan, (2)National Center of Neurology and Psychiatry, Kodaira, Japan, (3)Keio University, Tokyo, Japan, (4)Department of Neuropsychiatry, Keio University, School of Medicine, Tokyo, Japan
Background: The employment rate for adults with autism spectrum disorders (ASD) is quite low, highlighting the need for support, programs, and tools that can assist them in acquiring and retaining jobs. In their employment, they are required to engage in public speaking from time to time. In the public speaking situation, interpreting the facial expressions of the audience, awareness of their own body language as projected to others, and sensory overload issues caused by the speaking environment might be challenging for individuals with ASD. Previous studies have shown that many individuals with ASD show motivation and an aptitude for using technology. They have been shown to have a preference for electronic media, game-like elements, and computer-generated speech, and those with particular visual strengths may be especially adept at engaging with digital modalities. In an effort to help facilitate public speaking training for individuals with ASD, we developed the Autism-Focused Public Speech Training using Simple Virtual Audience (APSV).

Objectives: The present study was carried out to evaluate the efficacy of APSV for individuals with ASD.

Methods: The virtual audiences used in APSV were simple human face as shown in Figure 1. They could nod, smile, and blink eyes. Young adults with ASD (ages 18–25 years) were randomly assigned to the following two groups: one group received “APSV” and the other group received “independent training” The subsequent trial procedures were conducted from day 1 to day 7. On days 1 and 7, the participants in both groups participated in an approximately 10-min mock public speaking trial in front of ten people at the same time of day. Baseline and outcome measurement of self-reported performance/efficacy and salivary cortisol were obtained before and after the mock public speaking respectively. From day 2 to day 6, participants in the APSV group were encouraged to undergo APSV for a minimum of 10 minutes. Participants in the independent study group were encouraged to read and answer materials about responding effectively to questions frequently asked in public speaking daily for a minimum of 10 minutes.

Results: In total, 23 individuals with ASD participated in the study. In the APSV group (n=11), all participants completed the trial procedures without technological challenges or distress that could lead to session termination. In the independent study group (n=12), two participants dropped out of the trial procedures. Young adults with ASD participating in the APSV sessions reported improved self-confidence and demonstrated lower levels of salivary cortisol compared to controls.

Conclusions: The study provides preliminary evidence that use of virtual agent-mediated systems, such as simple avatar, may be acceptable/feasible and contribute to tangible improvements in public speaking performance. Future studies need to examine whether APSV is associated with completing more job interviews and obtaining employment. 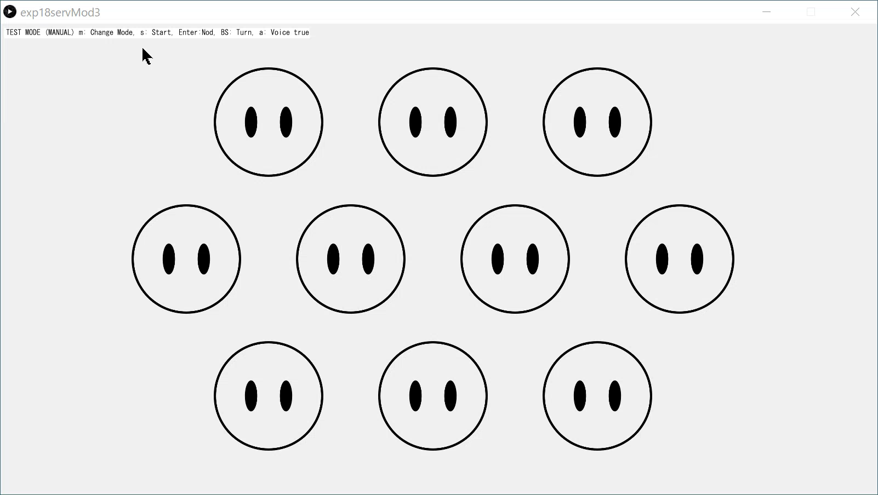