Objectives: In this study HR is compared between infants with an older sibling with ASD (ASD-sib) and those without a family history of ASD (control-sib) in response to non-social stimuli and social, emotional stimuli. Additionally, groups are compared on the amount of HR deceleration during the videos, as an indicator of attentional engagement.

Methods: Data is from the 5, 10 and 14-month visits of the longitudinal British Autism Study of Infant Siblings (BASIS; www.basisnetwork.org). Ninety-three ASD-sibs (52 males) and 28 control-sibs (17 males) had HR data available for at least one visit. HR was measured continuously during an eye-tracking paradigm including a non-social wildlife video (N-S), Happy video and Sad video. At the end of the paradigm, infants either saw the N-S video (5 months) or a neutral social video. 'Baseline HR was the median of 5 pre-stimulus beats. Average HR during deceleration was calculated as: HR during video when lower than baseline - baseline. Multilevel mixed models were compared using log-likelihood test. Variables were added in the order age, condition, group, condition-by-group interaction.

Conclusions: Despite previously reported differences in physiological activity at baseline or in response to social stimuli in children with ASD, ASD-sibs do not show differences in HR during infancy compared to the control-sib group. Moreover, groups did not differ in HR deceleration, suggesting similar amounts of attention allocation in both groups. With age, infants show increased HR deceleration to the sad stimulus. This finding contributes to the literature suggesting that infants can discriminate between emotions around 5 months, although emotion recognition and regulation are still developing. Moreover, early language skills play a role in physiological adaption to social information and vice versa. Following-up which children in the ASD-sib group go on to have ASD can further elucidate whether children with ASD already show differences in autonomic activity in infancy. 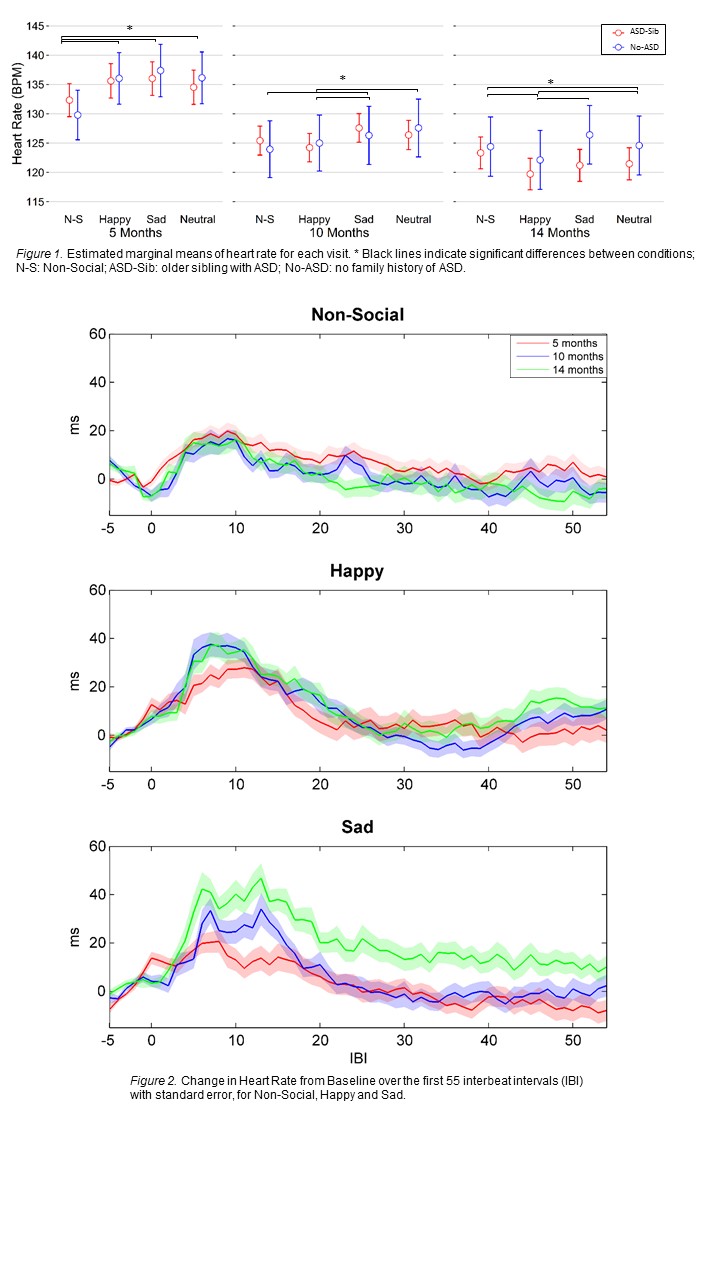