Objectives: First, to explore whether the SBQ-R similarly captures the same latent construct (suicidality) in autistic compared to general population adults. Second, to explore how autistic adults interpret and respond to the items of SBQ-R.

Methods: First, 188 autistic adults (76 male) and 183 general population adults (62 male) completed the SBQ-R online. Multi-group factorial invariance (MFI) analysis compared the structural equivalence of the SBQ-R between the groups. Cognitive interviews subsequently explored how a sub-group (n = 15) of autistic adults interpreted and responded to the items of the SBQ-R.

Results: MFI analysis of the online survey data found evidence for configural but not metric invariance of the SBQ-R, with significantly different factor loadings between groups for items three (communication of suicide threat to others) and four (future suicidal intent) of the questionnaire. Consistent with these findings, cognitive interviews revealed different interpretation of questions requiring abstract future thinking, social and communication skills, and absence of items which captured the unique presentation of suicidality in autism. 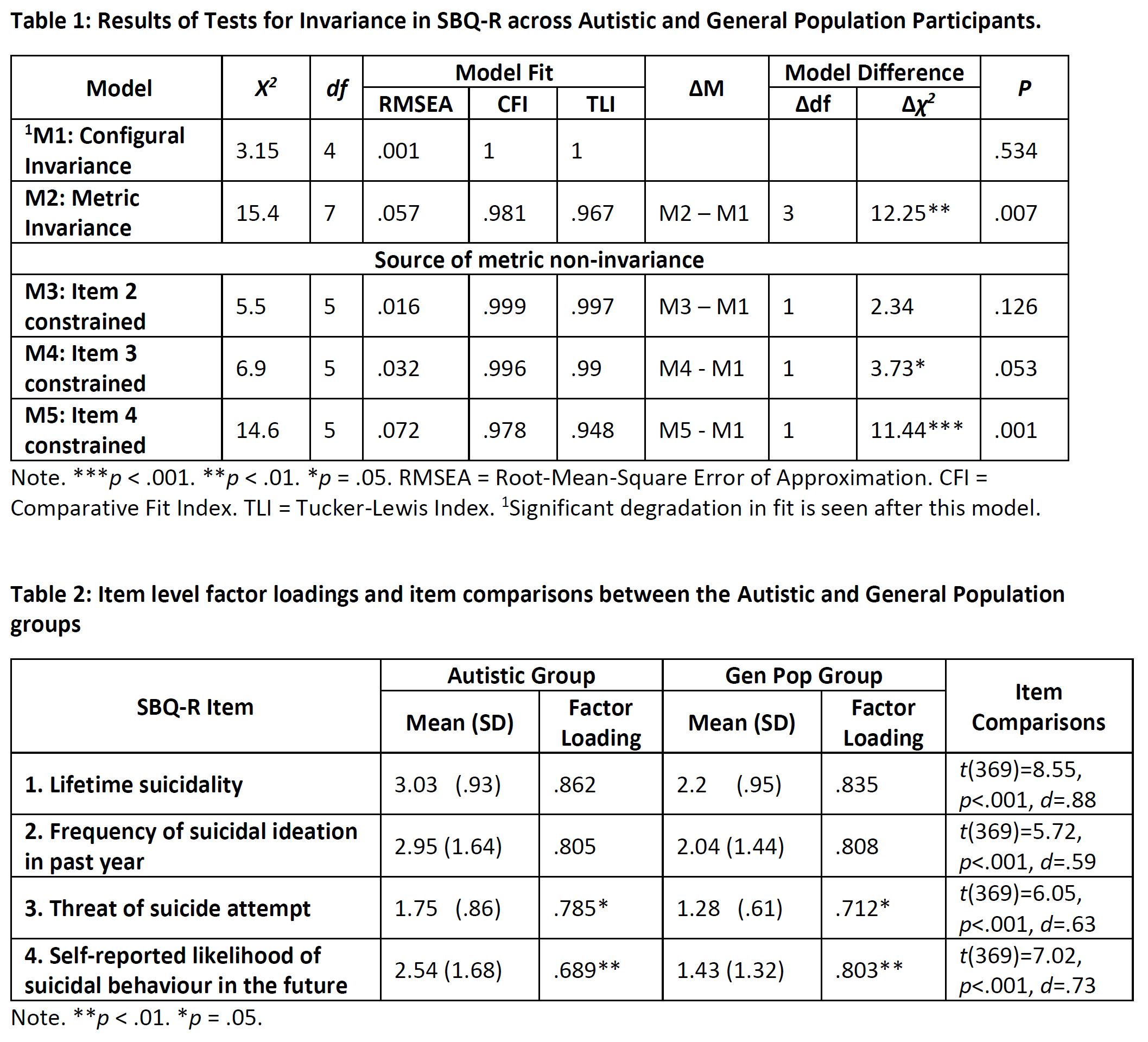 See more of: Where Do We Go from Here? Learning How to Prevent Suicide in Partnership with Autistic People and Their Allies.
See more of: Medical and Psychiatric Comorbidity