Objectives: To assess the inter-rater reliability of the GABS, and replicate pilot findings that the GABS differentiates phenotypic expression of females versus males from video-recorded Module 3 and 4 ADOS-2 administrations.

Conclusions: This study found acceptable inter-rater reliability between GABS assessors across UCL and RI-CART. Validity tests resulted in a partial replication of female vs. male differences on the GABS. This lack of differences may be attributable to an overly small and/or heterogeneous sample. The GABS could provide a means of extracting valuable data on the hypothesized female autism phenotype through a widely employed assessment, the ADOS-2. Future research should assess the GABS’ reliability and validity in larger samples, and consider additional tests of validity such as differentiating females with ASD and a negative ADOS-2 (i.e., false negatives) from females with concordant ADOS-2 and clinical diagnosis. 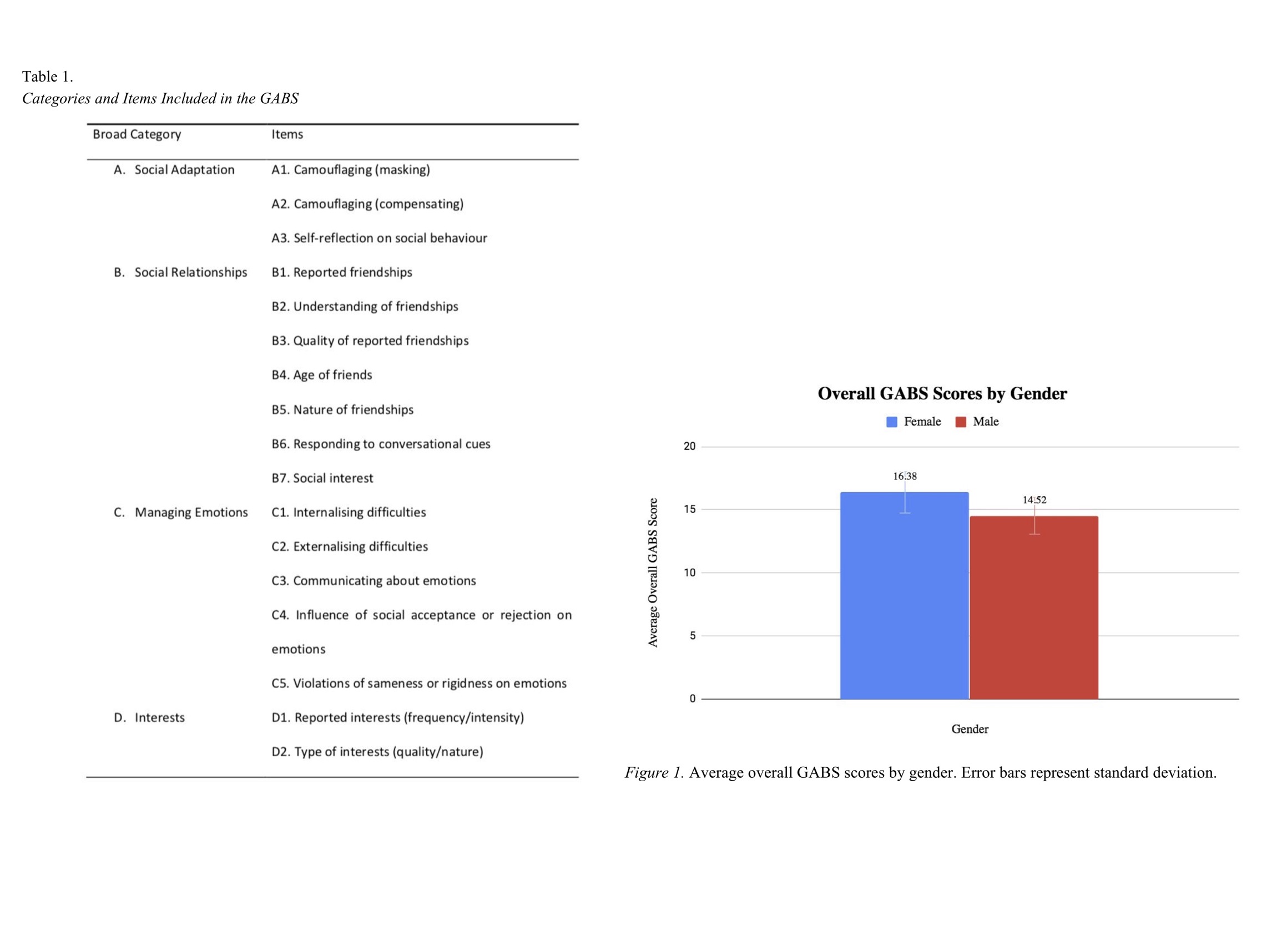