Poster Presentation
Room: 710 (Palais des congres de Montreal)
C. McMahon, M. Linthicum and B. Stoll, Miami University, Hamilton, OH
Background: In their Reciprocal Effects Peer Interaction Model, Humphrey and Symes (2011) suggest two causal pathways for poor relationships between individuals with Autism Spectrum Disorder (ASD) and their peers: (1) social communication difficulties in individuals with ASD and (2) a limited understanding and acceptance of those difficulties among peers. While clinical interventions have been designed to address both causal pathways (e.g., social skills interventions, peer knowledge interventions), such interventions may be more efficacious if they target those clinical symptoms most disruptive to peer relationships.

Objectives: The aim of this exploratory study was to examine peer reports of social distance in response to autistic symptomatology and symptomatology consistent with other clinical diagnoses in the Diagnostic and Statistical Manual of Mental Disorders (DSM-5; American Psychiatric Association, 2013).

Conclusions: Peers modified their willingness to interact with others, depending on the specific autistic or clinical symptoms exhibited. ASD was among the top three clinical diagnoses that yielded the greatest social distance scores from peers. Across the autistic symptoms, peers responded most negatively to others with deficits in social-emotional reciprocity (e.g., initiating social interactions, sharing emotions) and insistence on sameness (e.g., difficulty adapting to change). As these autistic symptoms may be most disruptive to peer relationships, interventions that target these symptoms, both those that strengthen social-emotional reciprocity and cognitive flexibility in individuals with ASD and those that increase awareness and understanding of these symptoms in peers, may be most efficacious. 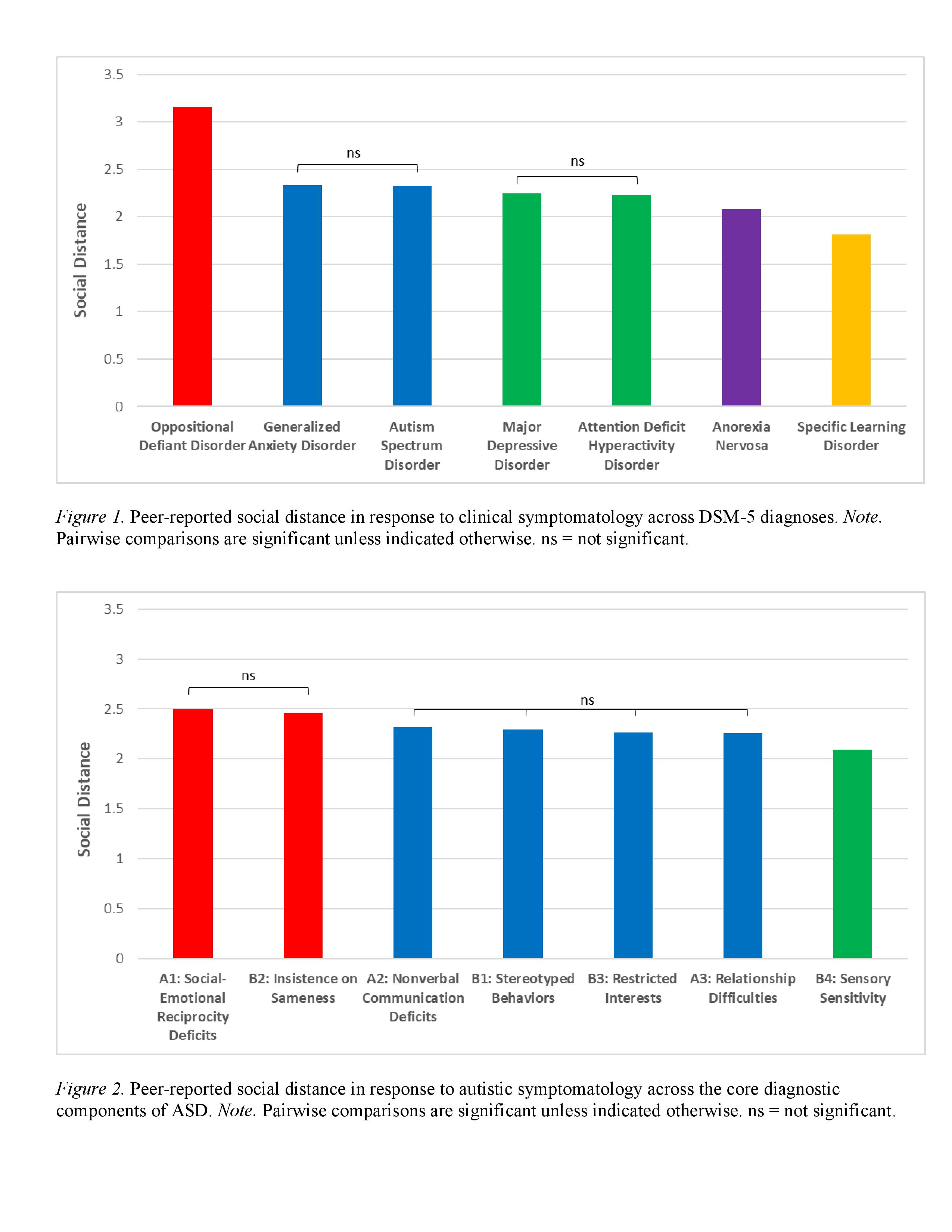