Poster Presentation
Room: 710 (Palais des congres de Montreal)
Q. Wang1, S. P. Hoi1, C. Song1 and L. Yi2, (1)Peking University, Beijing, China, (2)School of Psychological and Cognitive Sciences and Beijing Key Laboratory of Behavior and Mental Health, Peking University, Beijing, China
Background: Considerable empirical evidence shows that children with Autism Spectrum Disorder (ASD) have an intact ability to follow others’ gaze direction, which seems to contradict clinical observations that children with ASD have difficulty with joint attention. In real-life, joint attention has an interactive and reciprocal nature and may involve a multi-order process—we don’t merely respond passively to others’ gazes, but also interpret others’ responses to the our own gaze direction and modify our attention accordingly.

Methods: Twenty-four children with ASD and 24 age- and IQ-matched TD children completed a computer-based gaze-contingent eye-tracking task. In the task, children had to choose one of two objects to look at (first-looked-at object, FLO) and a computerized face would follow children’s gazes towards the FLO (congruent condition), unfollows the gazes towards the other object (incongruent condition), or close the eyes (closed-eyes condition). Novel data-driven temporal-course analyses were used to explore how children with ASD and TD children allocated their visual attention according to others' gaze responses. Furthermore, novel data-driven correlation analysis was used to explore whether looking at eyes would influence subsequent looking time on objects the computerized face gazed at.

Conclusions: Our study bridges a significant gap in the literature by examining the second-order joint attention in both children with and without ASD. We found that TD children, but not children with ASD, showed sensitivity to others’ gaze responses to their own gaze. The absence of the sensitivity in children with ASD was possibly due to their reduced eye-looking time caused by their diminished social motivation relative to TD children. Our study provides insights into our understanding of abnormal social cognition in the context of ecologically valid social interactions in children with ASD. 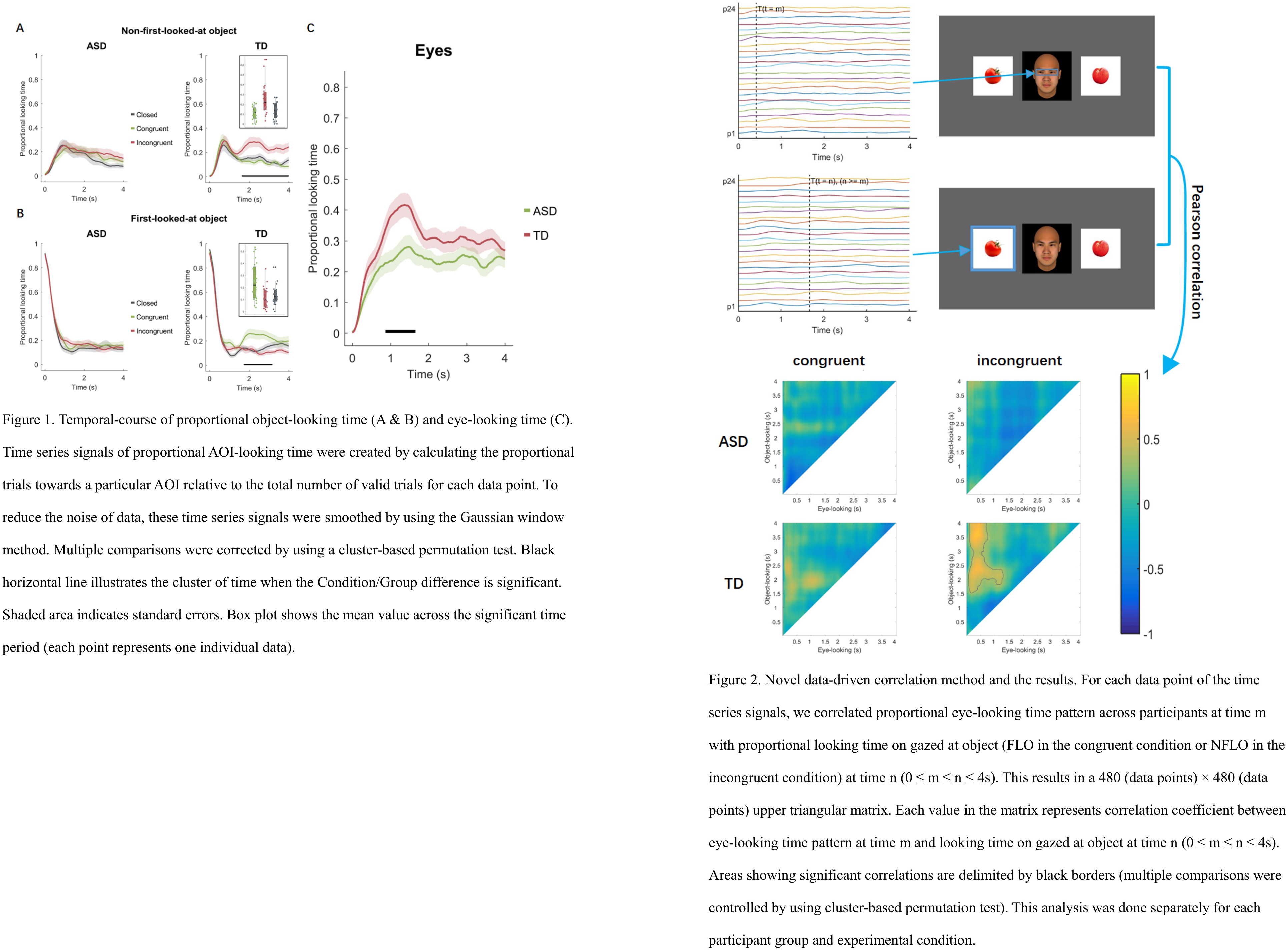