30464
Pronoun Use in Monolingual and Bilingual Children with ASD

In the current study, we assessed pronoun production in monolingual and bilingual children with and without ASD and explored the relationship between pronoun use and children's ToM skills, Executive Functioning and complex syntax.

Forty-five monolingual Hebrew-speaking children (28(18f/10m) with TLD and 17 (1f/16m) with ASD and 44 bilingual Russian-Hebrew-speaking children (30 (16f/14m) with TLD and 14 with ASD (3f/11m)) aged 4;6-9;2 participated. Bilingual children with and without ASD were raised in Russian-speaking families in Israel and spoke Russian as their Heritage Language and Hebrew as their Societal Language. Children with ASD received their diagnoses by a multidisciplinary team of specialists prior to the study, and it was verified using the Autism Diagnostic Observation Schedule (ADOS6) as part of the study assessment battery. All children scored within the norm on non-verbal IQ7.

In the ASD group, pronoun use was associated with ToM skills and complex syntax, while no associations were detected between pronoun use and Executive Functioning measures. A further step-wise regression analysis showed that 39% of the variance of the pronouns use in children with ASD is explained by complex syntax, and 10% of the variance is explained by ToM skills. 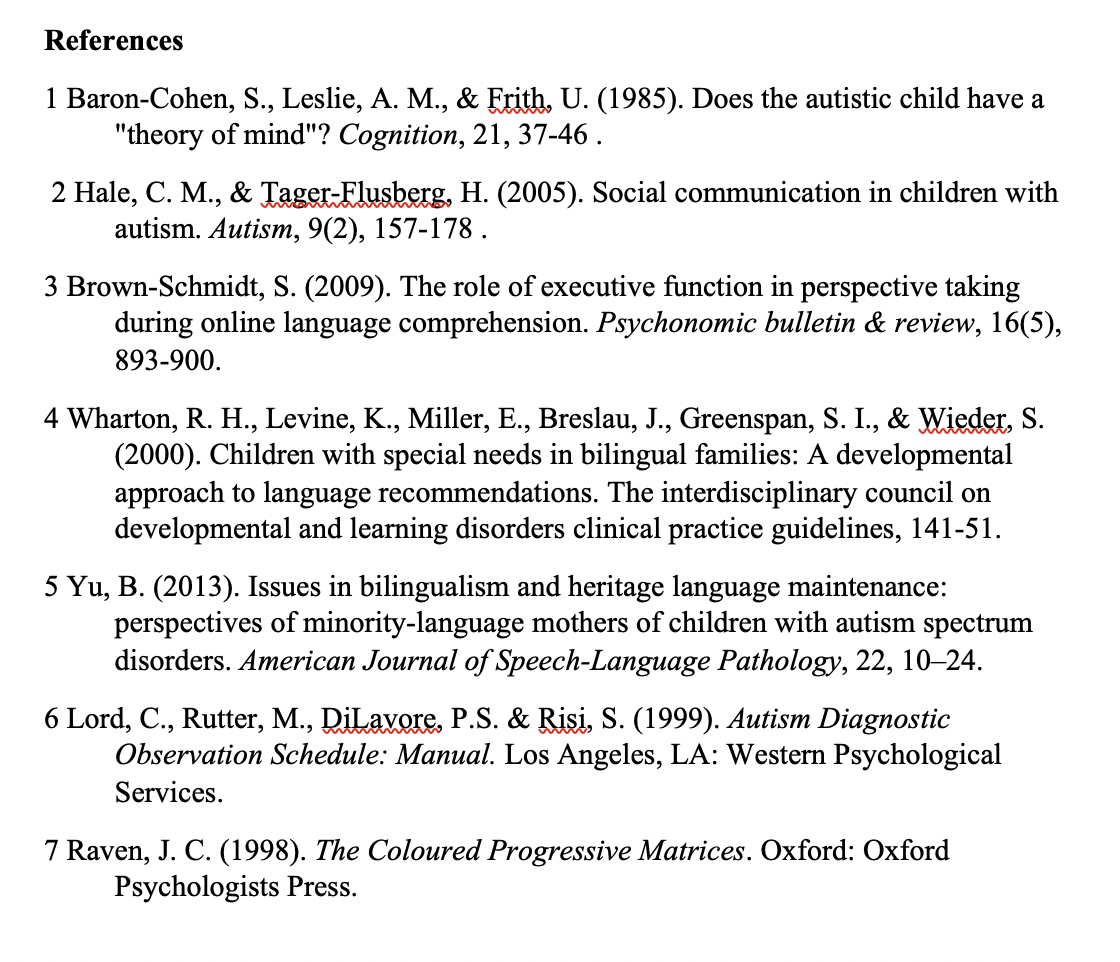