Studies of the narrative abilities of children with autism spectrum disorder (ASD) have thus far yielded mixed results: on the one hand studies have found that children with ASD produce shorter narratives and utterances 1–3, fewer mental state terms 2,4–6, and more ambiguous pronouns 6–9 than language-matched neurotypical (NT) children. Other studies, by contrast, have found no difference in narrative length/MLU 5,9 or the use of mental state terms 10. Furthermore it is unclear whether there is a relationship between the ability to use these different aspects of narrative language.

Nineteen children with ASD (3 females; M age = 13.68) and 20 neurotypical (NT) children (8 females; M age = 13.80), matched for language and nonverbal intelligence, were given a short narrative prompt which included two male characters and were asked to think about how they would end the story. Since both male characters could be referred to with the pronoun he, 3rd-person singular pronouns produced in the narratives could be ambiguous. Children were given three minutes to tell the ending of the story. Narratives produced by the children were analyzed for clarity of third-person pronominal reference and production of mental state terms, as well as standard measures of syntax (mean length of utterance, MLU) and semantic complexity (number of different words, NDW).

We find a moderate-to-strong relationship between children’s abilities to use 3rd-person pronouns with clear referents and the production of mental state terms, suggesting that children with stronger notions of internal states are more active in monitoring their interlocutors’ interpretation of pronouns. We also find that older children produce more mental state terms and longer narratives than younger children, suggesting a developmental trajectory. 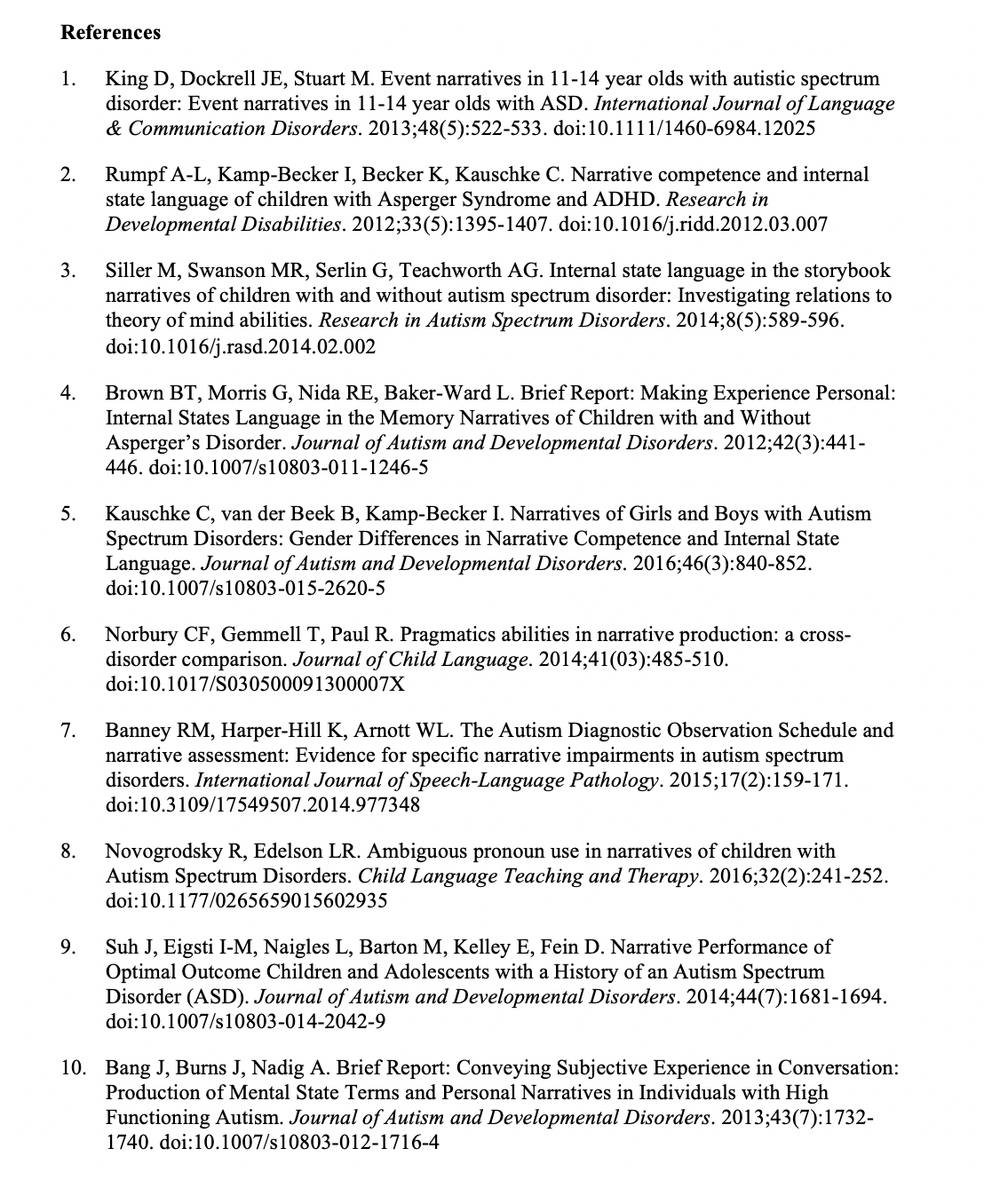