Objectives: Previous research has focussed on verbally-able participants with ASD, using verbalisable stimuli (e.g. lists of words or nameable pictures). The current study aimed to measure relational binding using a non-verbal paradigm, to investigate whether the relational memory profile of less verbally-able individuals with ASD is comparable to those with ASD without language impairments. A test of configural learning was adapted, in which hippocampally-lesioned rats showed impairments only when awareness of the structural aspects of the stimuli (e.g. left-right arrangement) was necessary for success (Sanderson et al., 2006). The prediction was that individuals with ASD would display similar patterns of performance as was observed in rats with hippocampal lesions.

Methods: Twenty-five children with ASD and reduced language (AD group) and twenty-six typically-developing children (TD group) were matched on non-verbal ability. One of two configural learning tasks was presented: a biconditional task, in which success was dependent upon awareness of the elements of each stimulus, or a structural task, in which success was dependent upon, in addition, awareness of the spatial arrangement of each stimulus’ components. Pairs of stimuli were presented on a touchscreen laptop and participants learnt through onscreen reinforcement which were the correct choices. After the training phase, a test block was presented; this included novel trials consisting of re-paired training stimuli.

Conclusions: These findings indicate that individuals with ASD and reduced language ability can effectively complete a test of configural learning in which success is solely dependent upon awareness of the elements of the stimuli. They perform less well however, when awareness of the spatial arrangement of the stimuli is also required. These findings align both with earlier work on verbally-able adults with ASD (Ring et al., 2017) and previous research from non-human animals with hippocampal lesions. This therefore strengthens the view that the relational memory difficulties seen in ASD are likely to occur as a result of compromised hippocampal function. 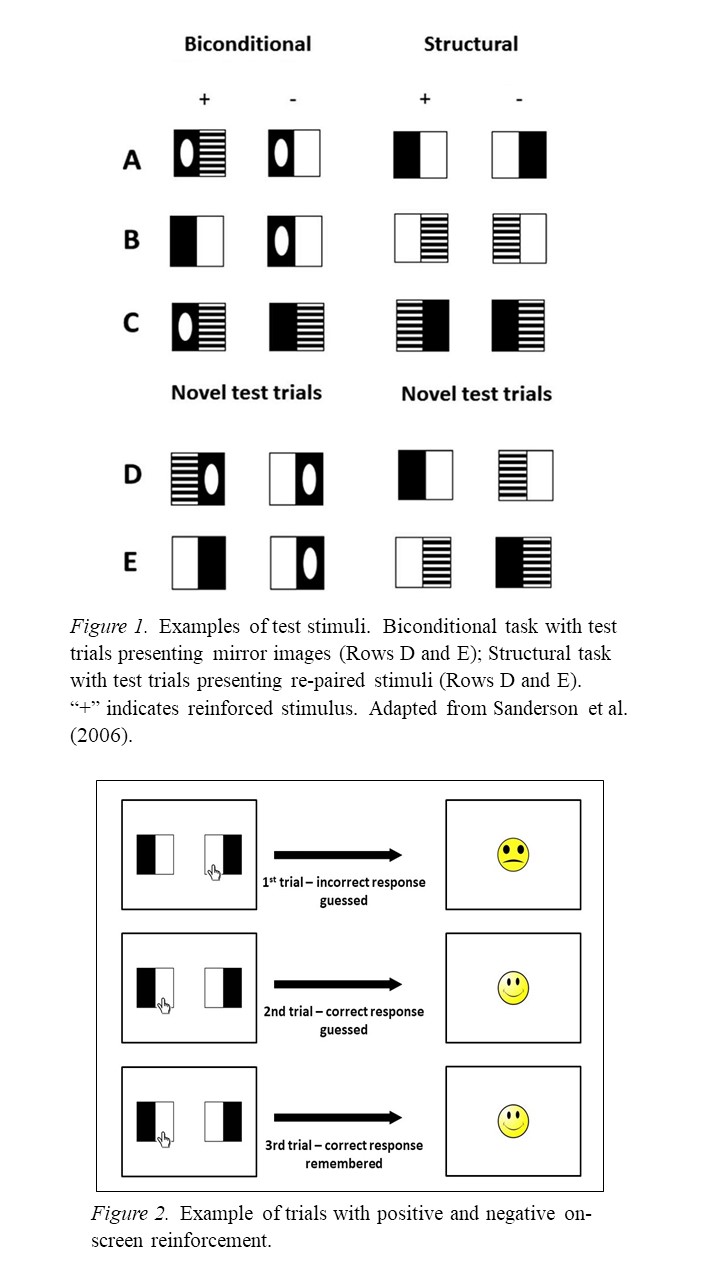