Objectives: To examine whether socio-demographic factors are related to early initiation of EI before a child screens positive for ASD.

Methods: Universal ASD screening was implemented in a large, academic primary care network using the Modified CHecklist of Autism in Toddlers (M-CHAT).6 We identified all children aged 16-30 months who screened positive on the M-CHAT between 2013 and 2016 during a well-child visit, and who had also completed a general developmental screen (n=2,884). Data were extracted directly from the electronic health record, including results of screening, socio-demographic characteristics, documented diagnoses, and prior EI initiation. Prior EI initiation was defined as patient having been previously referred to EI (regardless of outcome of evaluation) or already receiving EI, according to provider documentation during the visit in which M-CHAT was positive. Manual chart review for a random subsample of 10% of charts was conducted to confirm data accuracy, with >90% agreement for manually and digitally extracted data. A priori hypotheses stated that socio-demographic factors would predict early EI initiation. Therefore, multivariable logistic regression models included all socio-demographic factors (child age, ethnicity, race, sex, insurance, and language spoken at home) simultaneously to assess factors associated with prior EI initiation. Diagnoses made prior to visit with positive M-CHAT were enumerated.

Results: Among children who screened positive on the M-CHAT (n=2884), 26.4% of children (n=762) had prior EI initiation, with a median age of 19 months. Children with prior EI initiation were more likely to be white race (p<.001), older (p= .002), Hispanic ethnicity (p<.01), and have only English spoken at home (p=.02). Insurance status and child sex were not statistically significantly associated with prior EI enrollment. Diagnoses given prior to positive M-CHAT among those with early EI initiation are presented in table 2. 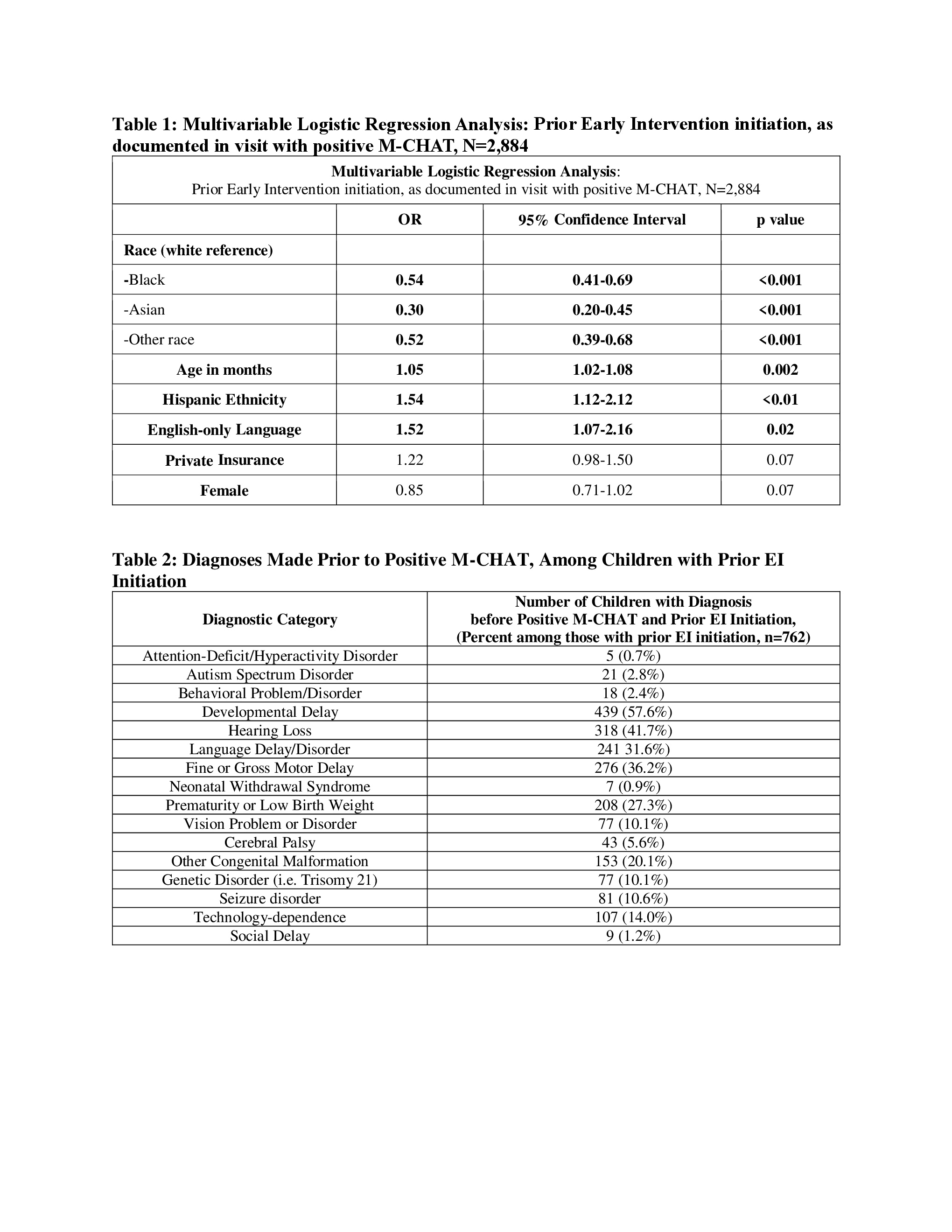