30836
Comparison of Parenting Stress, Efficacy, and the Home Environment Among Families of Youth with ASD, ADHD, and ASD with ADHD Features

Objectives: While many studies have compared experiences of parents of youth with ASD or ADHD to parents of typically developing children, a paucity of research has explored differences in parenting and household experiences between families of youth with ASD, ADHD, and those presenting with symptoms of both disorders. Therefore, the present study aimed to begin to address this gap in the literature.

Conclusions: Findings from the present study revealed significant differences in parenting stress and home disruption, but less robust differences in parental efficacy among parents of youth with ASD, ADHD, and ASD with ADHD features. The pattern of differences appears to be driven by either a compounding effect of ADHD and ASD or the presence of ADHD symptoms. The results highlight the importance of screening for comorbidity among these populations as varying neurodevelopmental presentations appear to be associated unique parental and family functioning and, in turn, likely impact treatment recommendations. While a strength of this study is the comparison between multiple clinical groups, lack of a typically developing control sample, small sample sizes, and reliance on parent-report limit the interpretation and generalizability of these findings. 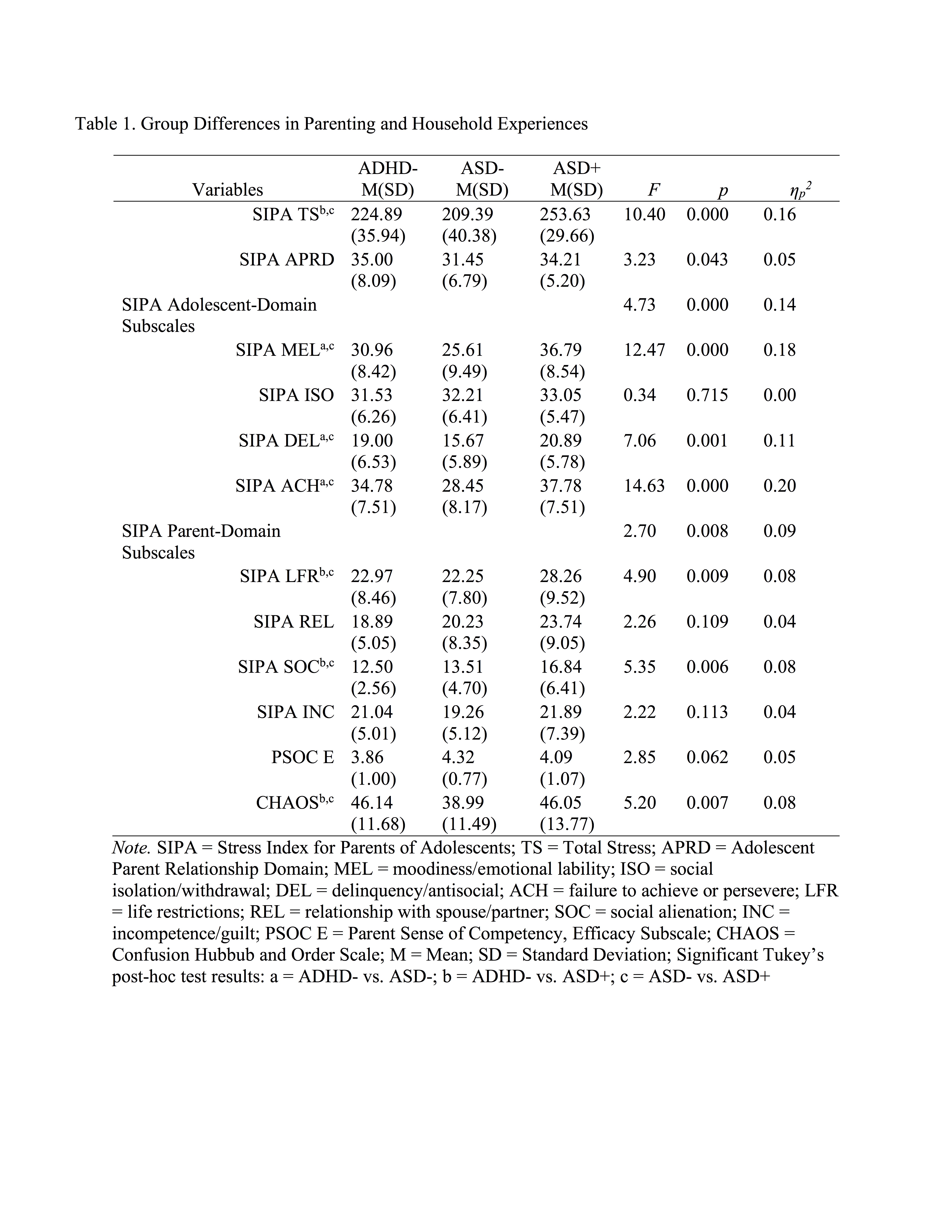