Objectives: To examine the association between behavior of young children diagnosed with autism and their parents’ behaviors as a function of race/ethnicity.

Results: Compared to children of color, White children scored higher on SC (t(35)=2.06, p<.05) and lower on the SP measure (t(35) =-2.62, p<.05) indicating overall fewer SC and SP challenges. Parents engaged in all of the behaviors associated with ESR development during the observations but to varying degrees (Laurent & Gorman, 2018). Parents of color used redirection/distraction significantly more often than White parents during the combined observation (t(35)=-2.547, p<.05) and the CSBS DP assessment condition (t(35)=-2.382, p<.05). Additionally, parents of color used language and helping behavior significantly less often than White parents during free play (t(35)=2.425, p<.05). However, after controlling for child SC ability, differences were no longer significant (Tables 1 & 2). No other differences were observed.

Conclusions: In this sample, children of color demonstrated more significant delays in SC and SP than the White children in our study. When the child SC delays were controlled for, differences in parenting behaviors were no longer significant. This suggests that parents engage in responsive parenting practices based on their child’s developmental level rather than factors related to race and ethnicity. No differences based on sex of the child were noted.Future research within culturally diverse populations is warranted to further understand racial/ethnic group differences that we observed in relation to both child characteristics and parent behavior. These findings have potential implications for informing parent coaching interventions aimed at supporting the development of child ESR. 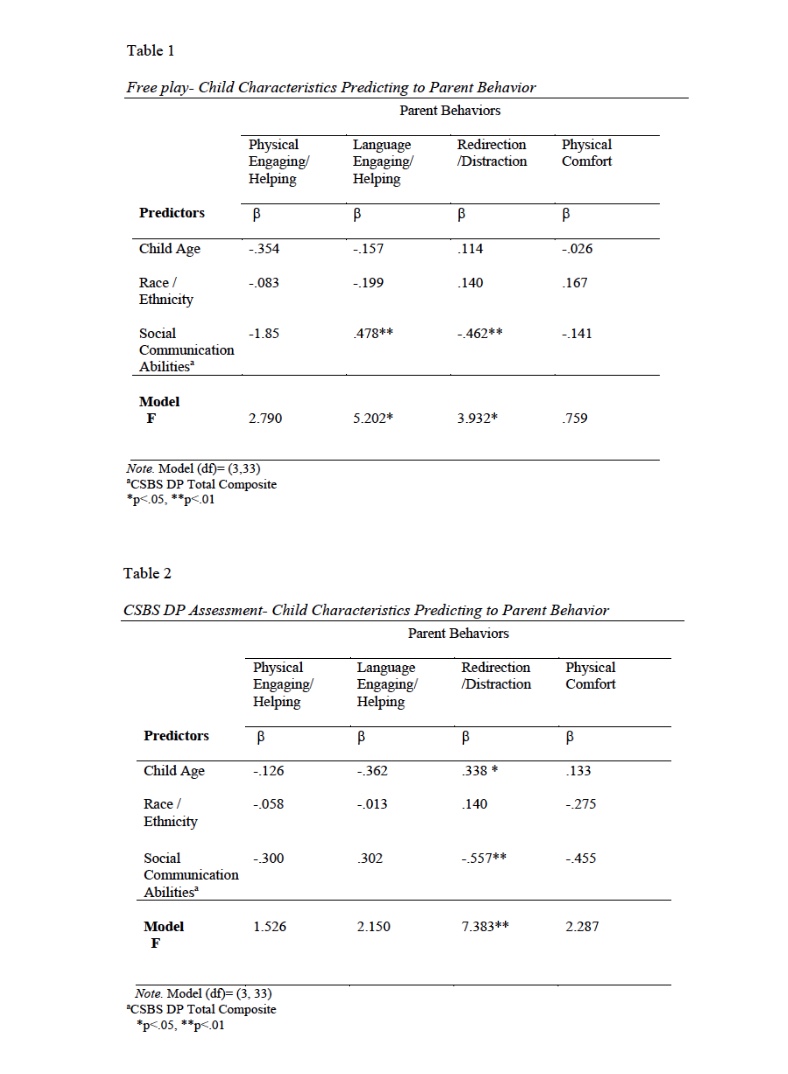