Objectives: The current study aimed to test an alternative explanation for this reduced eye contact in ASDs: different from the social motivation account, it hypothesizes that children with ASD may use a compromise strategy to avoid direct eye contact by fixating at other regions to process the eyes through peripheral vision. If this is the case, it is wrong to explain the abnormal face scanning found in children with ASD under the framework of social motivation theory.

Methods: Participants include 25 high-functioning children with ASD and 20 TD children. Six children with ASD were excluded from analysis due to their poor eye movement data quality, resulting in 19 children with ASD in the final sample. This study used a traditional eye movement paradigm that let participants scan clear (full view) faces (clear condition), and a novel gaze-contingent paradigm, in which the whole face was blurred except for a small region being fixated at (blur condition) (Figure 1). In this blur condition, viewers, who could not rely on the peripheral information, need to seek out and process face information by their focal attention.

Results: Children with ASD fixated less on the eyes than TD children for both conditions (Figure 2A). Within 1000 ms after the face appeared, both groups showed longer eye-looking time in the clear condition than in the blur condition, possible due to the physical saliency of the eyes in the clear condition that captured attention automatically (Figure 2B). After 1000 ms, TD children gradually looked more at the eyes of the blurred faces relative to the clear faces, possible due to their motivation-based guidance of attention to process the eyes. Children with ASD didn’t show this motivation modulation—their eye-looking time at the blurred faces after 1000 ms was very similar to the clear faces. In addition, we found that children with ASD scanned faces more randomly than TD children, implying that they lack strategy to efficiently scan the faces (Figure 2, C and D).

Conclusions: Our findings suggest that the abnormal face scanning pattern in ASDs could not be explained by their compromise strategy to process eyes through peripheral vision, which advance our understanding of the mechanisms underlying abnormal face scanning and have implications for the treatment of ASDs. 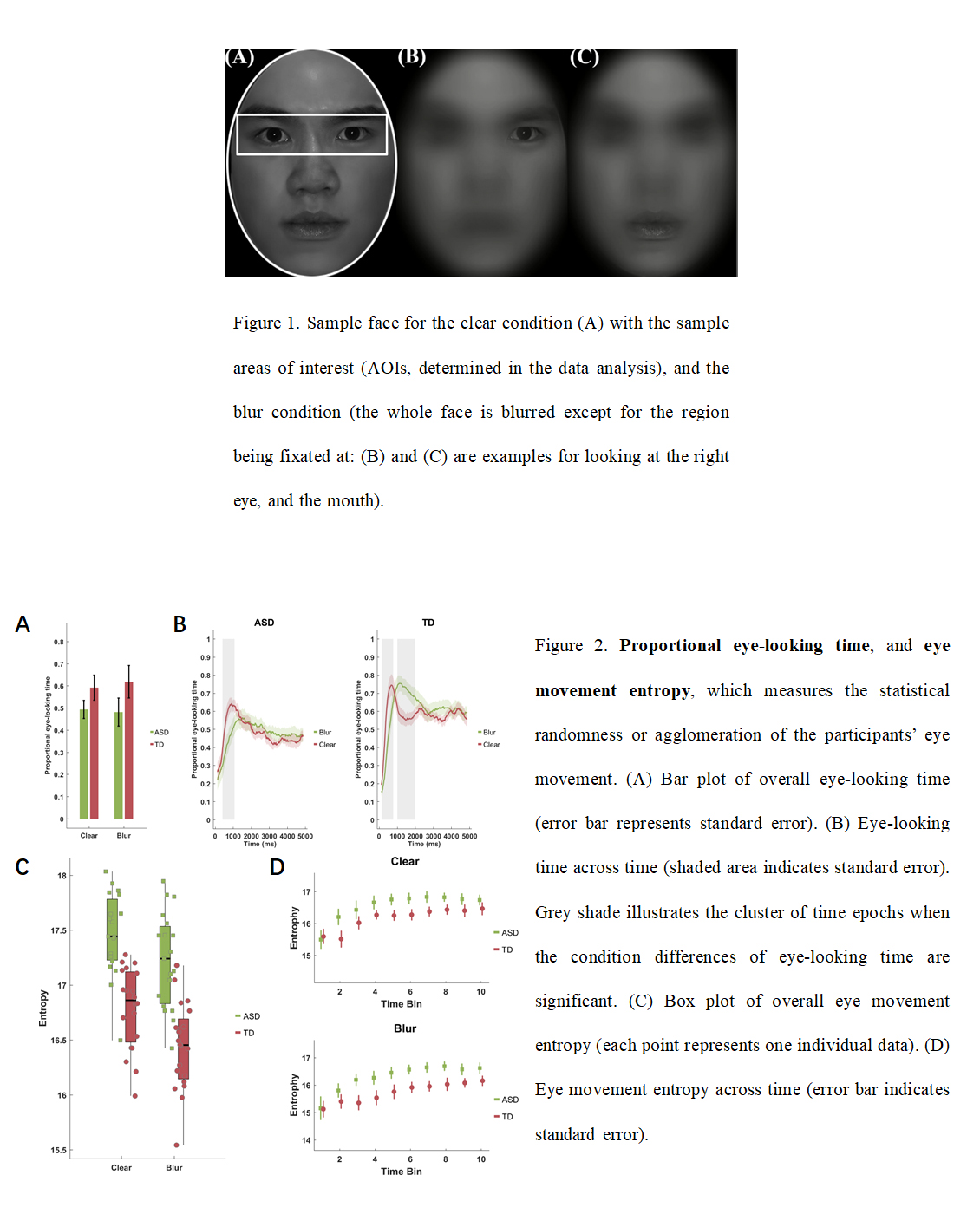