Objectives: To evaluate the internal consistency and concurrent validity of the PRS-SA in 4- to 8-year-olds with a continuum of ASD symptomatology, and preliminarily examine whether the PRS-SA is useful for detecting ASD symptoms and risk. Hypothesis: The PRS-SA will demonstrate: (1) moderate internal consistency due to the diversity of social language and communication features measured; (2) strong correlation (concurrent validity) with standard ASD measures, as pragmatic impairment is central to ASD; and (3) good sensitivity and specificity for ASD classification (positive/negative).

Conclusions: As hypothesized, the PRS-SA demonstrated moderate internal consistency, likely reflecting the diversity of communication behavior encompasses in pragmatics and measured by the PRS-SA. Factor analysis will explore potential subscales when sample size is increased, and will be reported in this presentation. Strong correlations between PRS-SA total score and two standardized mainstream ASD measures (one a parent report and one a clinician-rated, direct observation), provide strong concurrent validity evidence, affirming the PRS-SA’s use to detect ASD-related pragmatic communication behavior. Our findings suggest that PRS-SA scores of ≥21 in 4- to 8-year-olds indicate the need for ASD evaluation. Additional recruitment will allow a validation of this cut off score in an independent confirmatory sample; sensitivity and specificity results from this analysis will be reported. 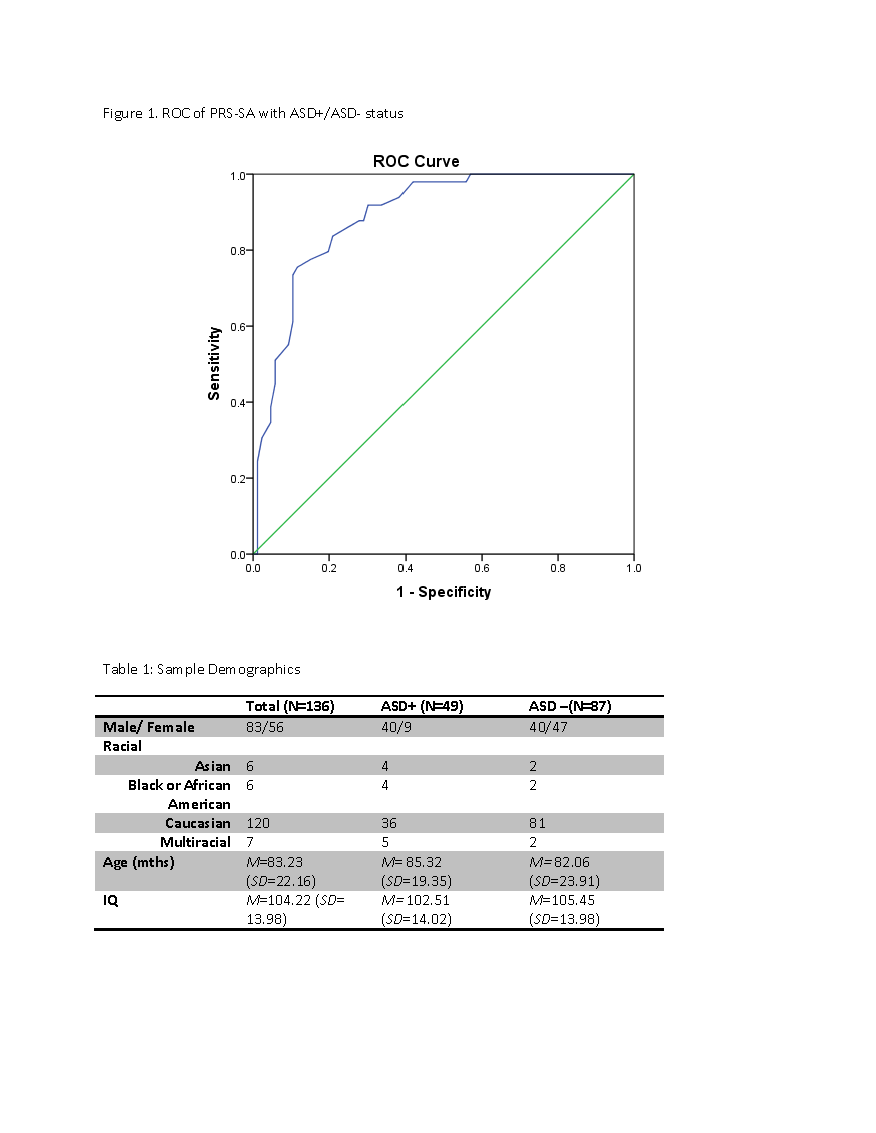