31522
Disparities in the Identification of Autism: The Influence of Sex, Family Income, and Cognitive Abilities

Exciting evidence has accumulated documenting the power of early intervention to promote long-term outcomes in autism spectrum disorder (Dawson, 2008; Zwaigenbaum et al., 2015). Thus, early identification of autism spectrum disorder (ASD) is an essential healthcare priority. Although symptoms of ASD may be present as early as infancy (Barbaro & Dissanayake, 2009), diagnosis typically lags far behind, with the majority of children not being identified until school-age or later (Shattuck et al., 2009). Identifying factors that influence the timing of first concern for ASD and the age of diagnosis is a critical research priority with the potential to reduce disparities in the early identification of ASD.

The current investigation used a large sample of children with ASD to examine multiple variables associated with autism identification, including age of first parent concern, diagnosis, time to diagnosis (time between first parent concern and diagnosis), and parental and clinician judgment of when symptoms of ASD were first present in hindsight. Sex, socio-demographic factors, and child cognitive abilities were considered as possible contributors to identification.

Children (N=653; 79% male) were identified with clinical diagnoses of ASD through the Province of Ontario Neurodevelopmental Disorders (POND) research network, a consortium of clinical and research sites in Canada. Parents reported on socio-demographic factors, age of first concern for ASD, and their judgment of when their child’s symptoms were first present in hindsight. Clinicians reported on their perception of symptom onset. Cognitive abilities were measured using gold-standard IQ measures, depending on child’s age at diagnosis. 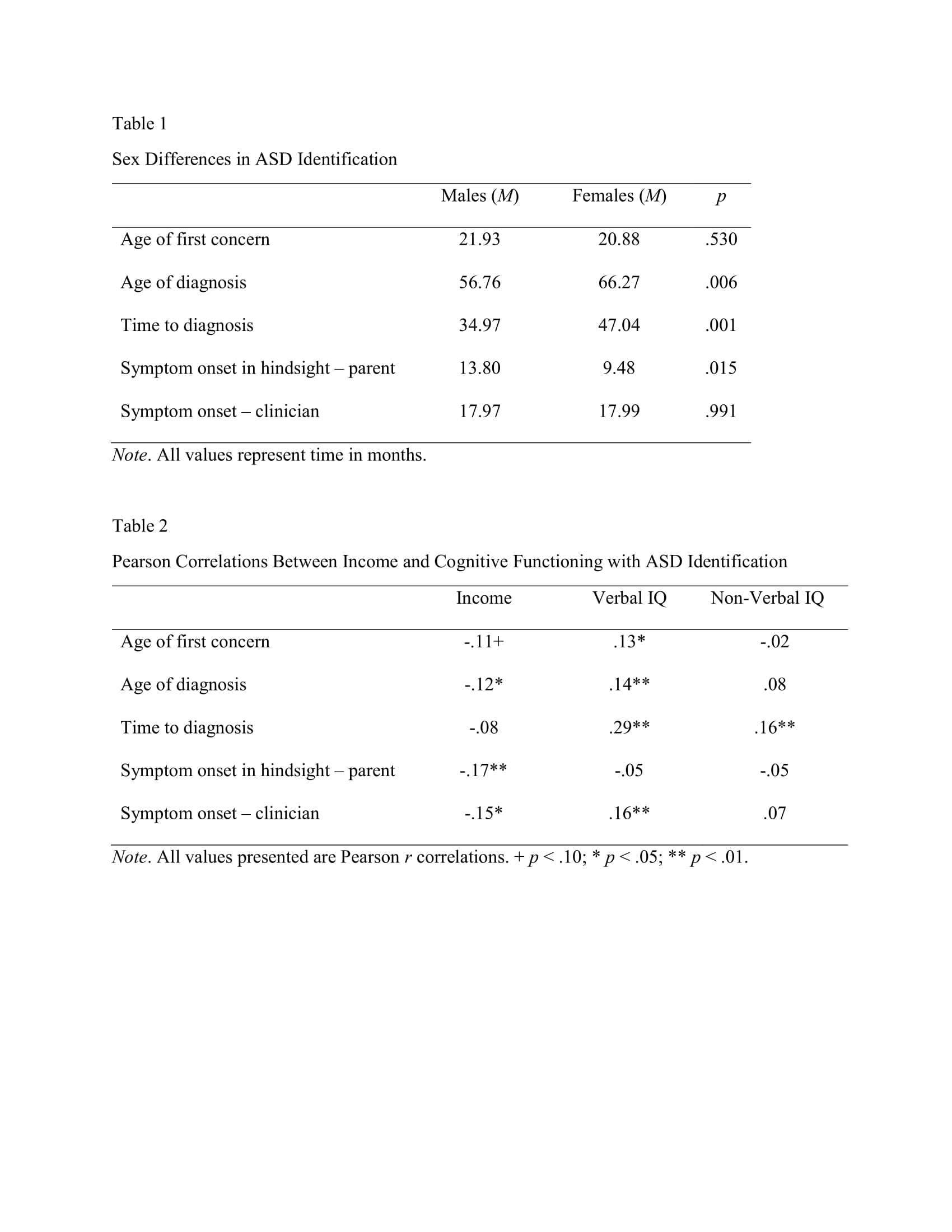