31601
Bringing School Home: Understanding the Interactional Resources of a Bilingual Child with ASD

Objectives: The purpose of this study was to examine how code switching is used as an interactional resource during parent-child interactions among immigrant parents and their child with ASD.

Methods: To understand certain features of code-switching -- the alternation between two languages -- we examined transcripts to answer the following questions: (1) Who initiated code-switching; (2) What was the activity context during code-switching; (3) How was code-switching used in conversation; and (4) What did code-switching appear to do for the interaction? Over three hours of video data were collected from an immigrant, predominantly Spanish-speaking family who lives in a rural border town. The primary caregiver was Beatriz (names are pseudonyms), a 32 year-old unemployed mother working on her bachelor’s degree. The child, Herman, was a 5 year-old boy with autism. The father, David, was a 31 year old merchant.

To understand interactional implications, code-switching was used as a contextualization cue (Gumperz, 1982). After playing with play-doh, Beatriz asked the children to clean up. Herman sang the “clean up song” in English as he cleaned up the play doh. Herman enacted a song that he learned outside of home (likely at school) within a similar interactional context at home. Code-switching brought school interactional contexts into the home. Code-switching was also used as a metalinguistic pedagogical tool to encourage Herman to learn new words and practice the second language (Waring, 2009). During a book reading activity, David and Herman communicated in English to describe the pictures. When Herman did not know an English translation for a word (i.e.,“disfraz”) he asked David to translate it to English (“costume”).

Conclusions: This case study exemplifies how Herman and his parents used code-switching as an interactional resource within family interactions. These findings indicate the need for interventionists to capitalize on the linguistic strengths of bilingual families to support language and communication. 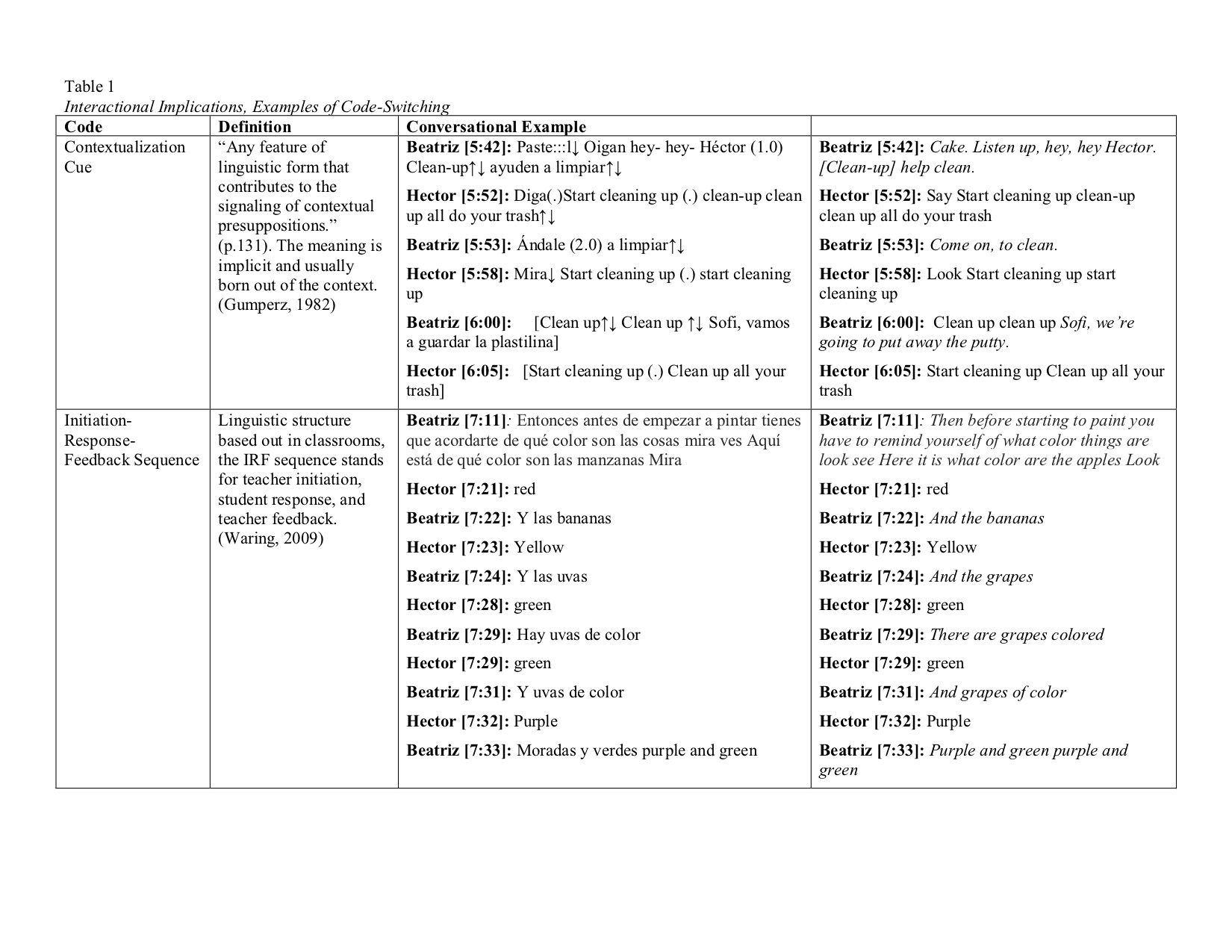