Objectives: We aim to examine the test-retest reliability of the ADOS CSS across all Modules of the ADOS.

Results: ICCs for all Modules fell in the moderate to high range. The overall CSS showed the highest ICCs ranging from .71 (Module 2) to .87 (Toddler Module). The ICCs of CSS SA ranged from .64 (Module 4) to .88 (Toddler Module). The ICCs CSS RRB were lower, but still in moderate rages, from .58 (Module 4) to .68 (Module 2). All these values were significant with p-values less than .05. ICCs for different age and/or language groups are reported for each Module in Table 1.

Conclusions: Our results demonstrate moderate to high test-retest reliability and low measurement error of the ADOS CSS across all Modules. Such precision of the ADOS CSS suggests minimal variability in CSS obtained from ADOS sessions repeated within relatively short periods of time. Results support the use of the ADOS CSS as a reliable and accurate tool to track trajectories of ASD symptoms over time that can be utilized in research and clinical settings. 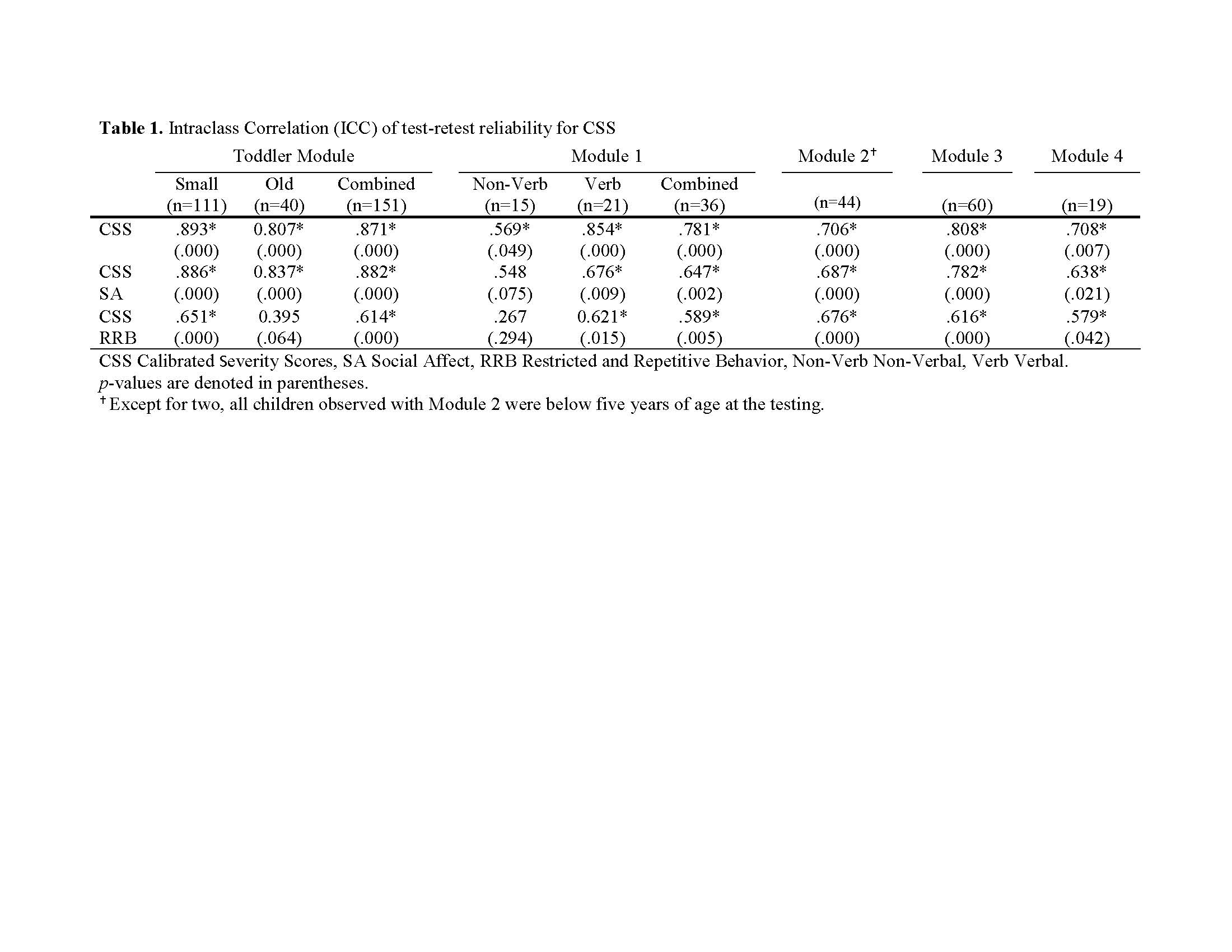