31720
Identifying Broader Phenotype Features: A Comparison of the ADOS and BPASS in School-Age Children

Objectives: The main objective is to examine the convergent validity of the BPASS with the ADOS for identifying BAP features in a school-age sample of high and low-risk children. Specifically, we examine the correlation between ADOS and BPASS scores, and use ROC methods to identify a threshold on the BPASS that maximizes sensitivity and specificity when compared to the ADOS.

Methods: Given the focus on the broader phenotype, all participants diagnosed with autism spectrum disorder (ASD) were excluded from the sample. We administered both the ADOS module 3 and the BPASS to 59 school-age children: 36 high-risk (HR) participants– those with an older sibling with ASD, and 23 low-risk (LR) children– those with no known family history of ASD. Following prior research (Messinger et al., 2013, Ozonoff et al., 2014), an ADOS Social Affect + Restricted Repetitive Behavior (SARRB) score >= 4 was used as a cutoff indicative of possible BAP features. The BPASS has two sections, one based on parent report of BAP features, the other based on examiner judgments of eye contact, communication style, voice prosody, etc., after a brief conversational interaction. The variable used in analyses was the summed total of the examiner-scored BPASS items 8-13. To assess the convergent validity of the BPASS, we first examined the correlation between each participant’s ADOS SARRB and BPASS subtotals. Next, we used ROC analysis to identify the optimal cutoff for the BPASS in classifying the children identified by the ADOS BAP cutoff. 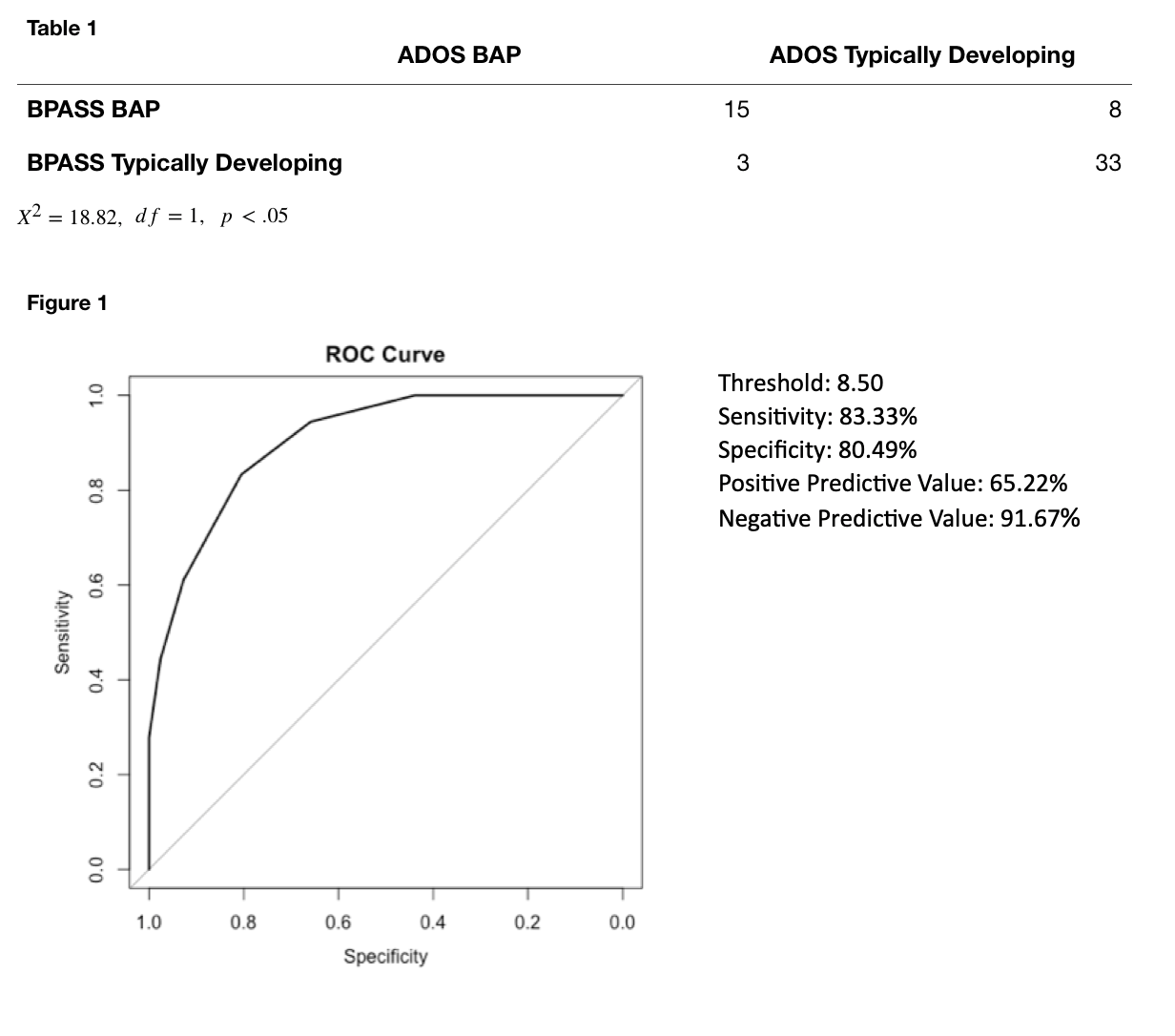