Performance on non-word repetition (NWR) tasks is commonly used as a clinical marker of language impairment (LI) (Chiat, 2015). To achieve a range of complexity, available tools sometimes compromise wordlikeness and/or do not control phonological factors across stimuli (Edwards et al., 2004; dos Santos & Ferré, 2018). For example, in the English-medium CNRep (Gathercole et al., 1994), half the words are 4-5 syllables long while the average for English is 2.72 (Cutler et al., 2004); further, presence/absence of complex onsets and codas and their position are not controlled, although these factors can affect acquisition for typically-developing children (Fikkert, 1994).

A growing number of North American children are bilingual in English-Spanish, English-French, or French-Spanish. To appropriately diagnose LI in these populations, we designed the Multi-lingual Non-word Repetition (ML-NWR) Task. The stimuli in each language control for wordlikeness and various types of phonological complexity, yet are highly similar across languages to facilitate cross-language comparison.

ML-NWR data was analyzed from 88 children, aged 5-10. Their dominant language (L1) was English or French; some were bilingual (L2s = French, English, or Spanish). 36 children were diagnosed as ASD, 18 of whom additionally had LI. 52 were typically developing. Children in all diagnostic groups (ASD-LI, ASD, TYP) were similar in age, nonverbal IQ, and SES; further, ASD-LI and ASD groups did not differ in symptom severity on the Social Communication Questionnaire.

Our findings arise from cross-language differences in stress location and thereby highlight the need to consider several linguistic factors in the design and scoring of assessment tools. Although word length and syllable complexity are typically varied across stimuli in existing NWR tasks, location of stress relative to syllable complexity is not controlled and scoring only considers percent phonemes correct, regardless of stimulus shape. 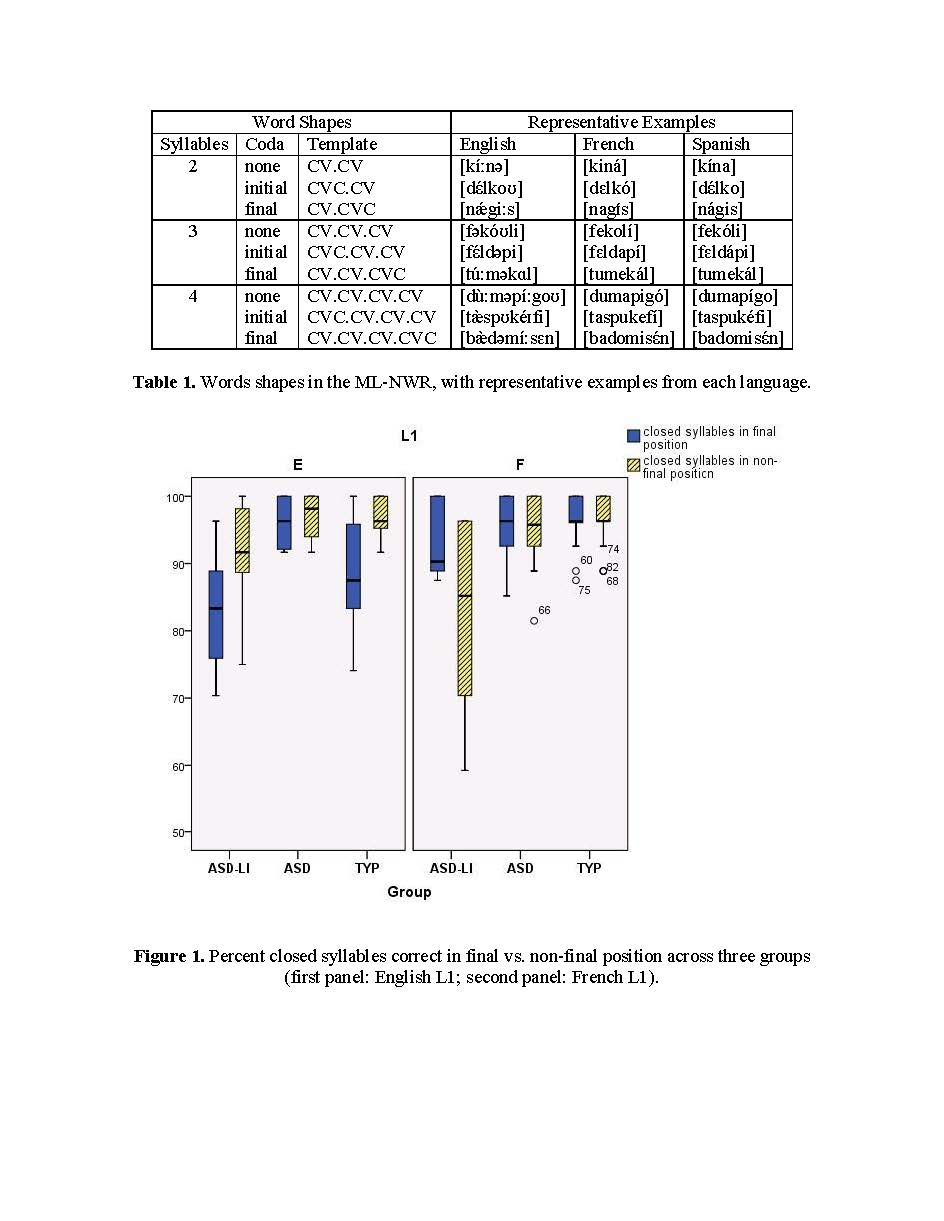