Methods: Participants included 62 children with ASD and 68 TDC (Table 1). The ability to recall events in association with specific contextual details was assessed across two tasks. In the event-color task, 80 black-ink drawings were presented with a border in one of 4 colors (20 of each color in a random order). Participants were instructed to try to remember both the item and the color of the border. The spatial position task was identical, except that the drawings did not vary in colored border but in the spatial position in which they appeared (1 of the 4 quadrants of the computer screen in random order). Rate of accurate recollection of item-context association, and discrimination between old and new items irrespective of context (i.e., d’ prime) were calculated.

Conclusions: Event-context deficits were restricted to the spatial aspect of episodic memory even after controlling for IQ and the capacity to discriminate new images from older images. Discussion will center on possible explanations for this specific deficit, which might include reduced reliance on conceptual representations of space. 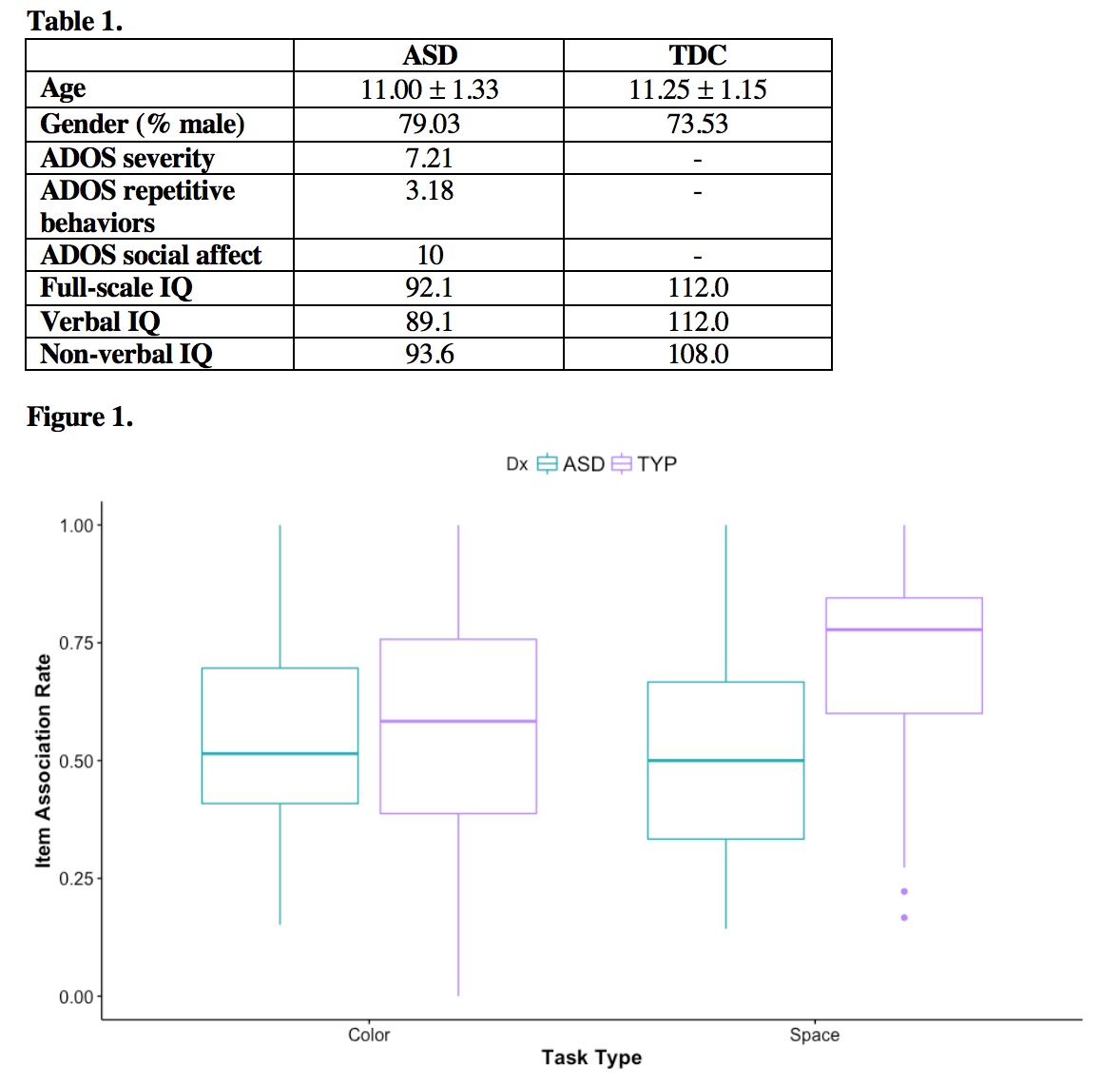