Objectives: To conduct a preliminary investigation of the social capital of youth with ASD post transition by using pilot data from self-report egocentric social network surveys to identify resources and connections and investigate variation across gender.

Methods: A purposeful sample of 17 young adults between the age of 19-28 were asked to identify up to five important people and the supports they provided to the young adult. The young adults also identified network connections among identified supporters. Using ORA 5, we computed the density of the team of identified supporters, the percent for each role type and the percent for each support type of supporter. Descriptive statistics suggest that participants represented a racially homogenous (88% white), relatively advantaged group of 17 young adults, with a mean age 23.25. Overall, 82% had ever attended college and 35% were living independently. 59% were male (n=10), 29% female (n=5), and 12% were gender non-conforming (n=2) (Table 1).

Conclusions: Pilot data suggests that youth were not isolated and that gender is salient for diverse sources of social capital acquisition, as male young adults with ASD in this study relied primarily on family network members, while females and gender non-conforming persons had more diverse networks that included family and community members. The lack of professionals present in support networks illustrates the adverse impact of the service cliff, as identified in previous studies.1 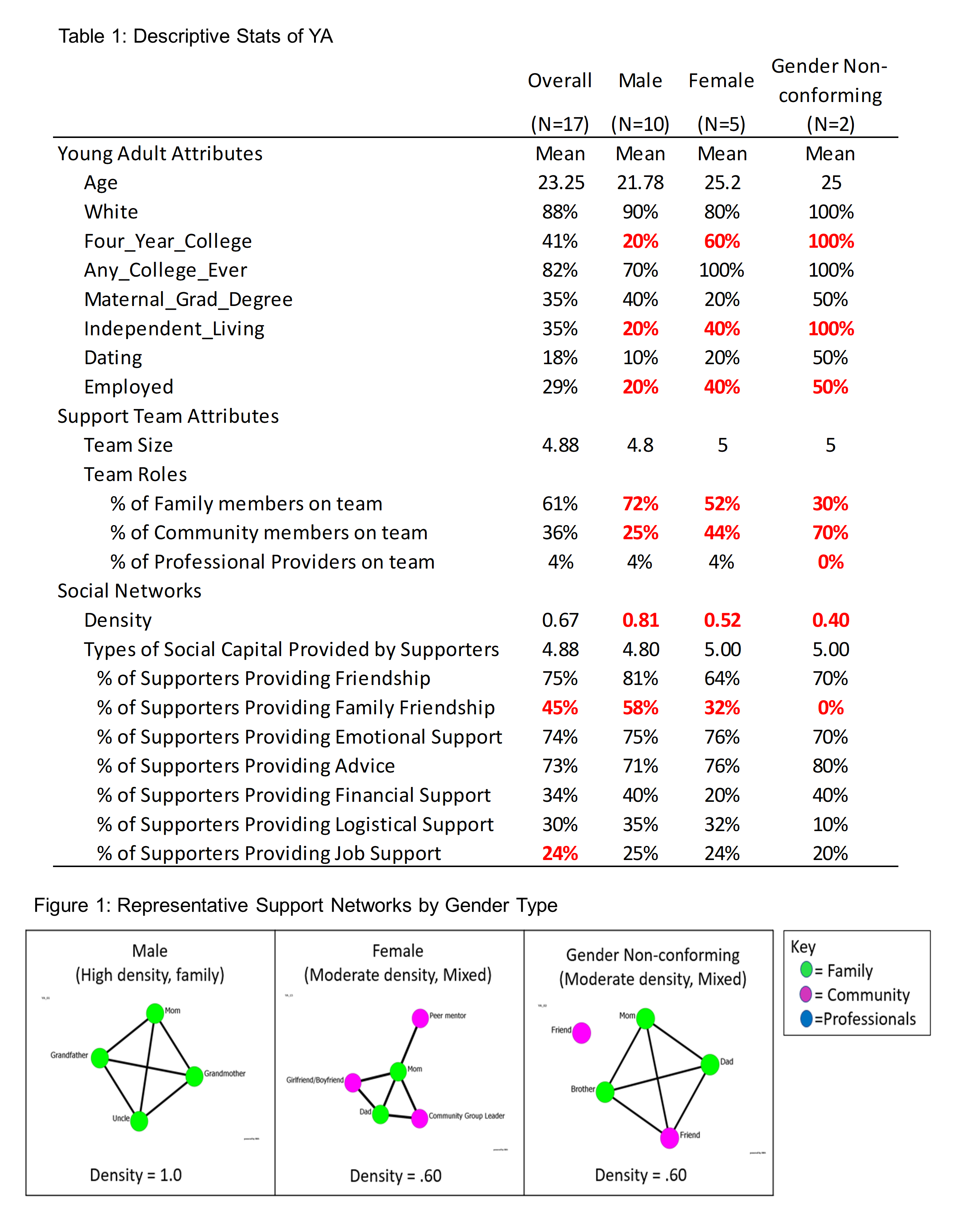