Objectives: We investigated attention to the faces of a puppet and person engaged in a conversation and its association with clinical features. If puppet and person are perceived as equivalent social agents, then children with ASD may exhibit attenuated looking to both figures compared to TD and DD groups. If the puppet is less socially ostensive than the person, then between-group differences may be present for the person but not puppet.

Conclusions: Consistent with prior work, children with ASD exhibited attenuated attention to human-speaker face, but their attention to the puppet-speaker face was comparable to DD and TD groups suggesting that simpler, perceptually salient humanoid form may serve as an enhancer of social attention in children with ASD. This was particularly true of children with greater severity of autism symptoms who spent proportionally more time monitoring the puppet speaker’s face than the human speaker’s face. This suggests that puppet-like agents may provide a particularly effective way of engaging attention of children with more severe symptoms, though whether this enhancement facilitates social learning remains to be determined. 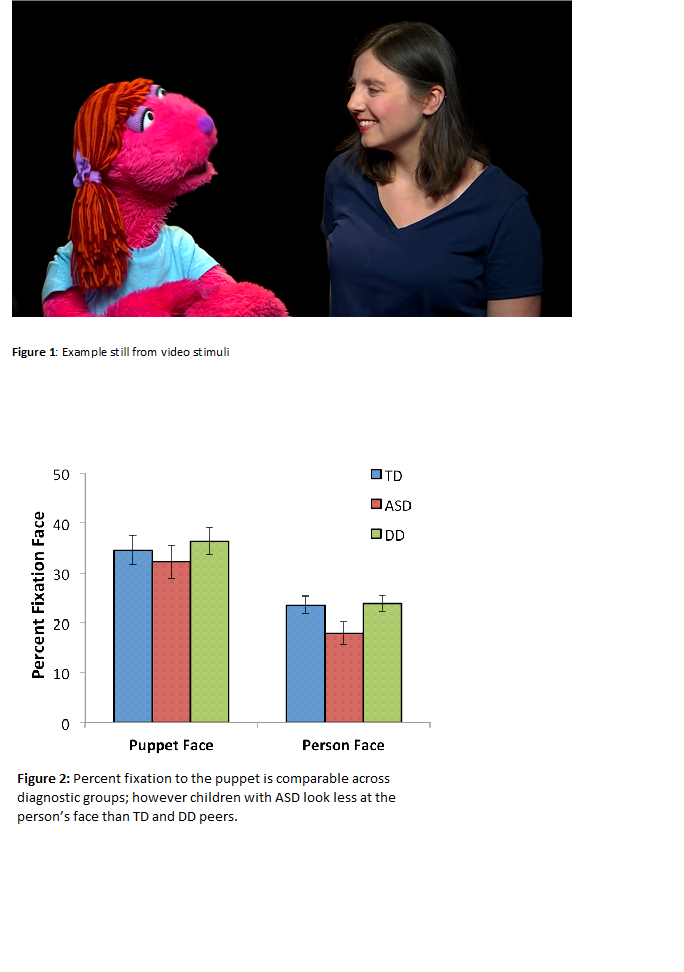