Objectives: We examined reciprocal associations between language ability and social functioning in a sample of young pre-verbal children with ASD over a two-year period. Moderating effects of baseline nonverbal cognitive functioning, initiation of and response to joint attention, and autism symptom severity on these associations were explored. 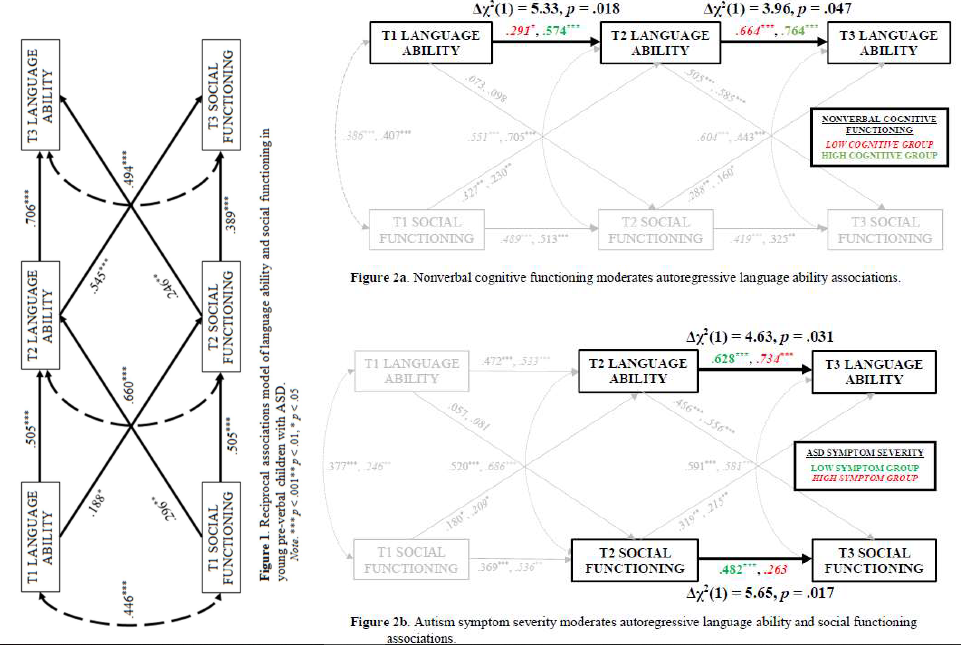