There are few standardized tools or strategies designed specifically to measure communication in students with autism who have minimal verbal skills in natural contexts (Kasari et al., 2013; Tager-Flusberg & Kasari, 2013), Standardized or norm referenced assessments often yield scores that are at the floor of norm-referenced assessments. New measures, like the Communication Complexity Scale (CCS; Brady et al., 2012; 2018), may help fill the void of appropriate assessments for this population. The CCS is a 12-point scale that measures pre-linguistic and early-linguistic communication in individuals with autism or intellectual and developmental disabilities who have minimal verbal skills. The CCS can be used to describe students' communication during a standardized play-based assessment and during naturalistic-classroom contexts. This poster presents CCS data from observations in naturally occurring interactions in classroom environments.

2) Highest BR = the highest communication observed with a BR function

3) Highest JA = the highest communication observed with a JA function 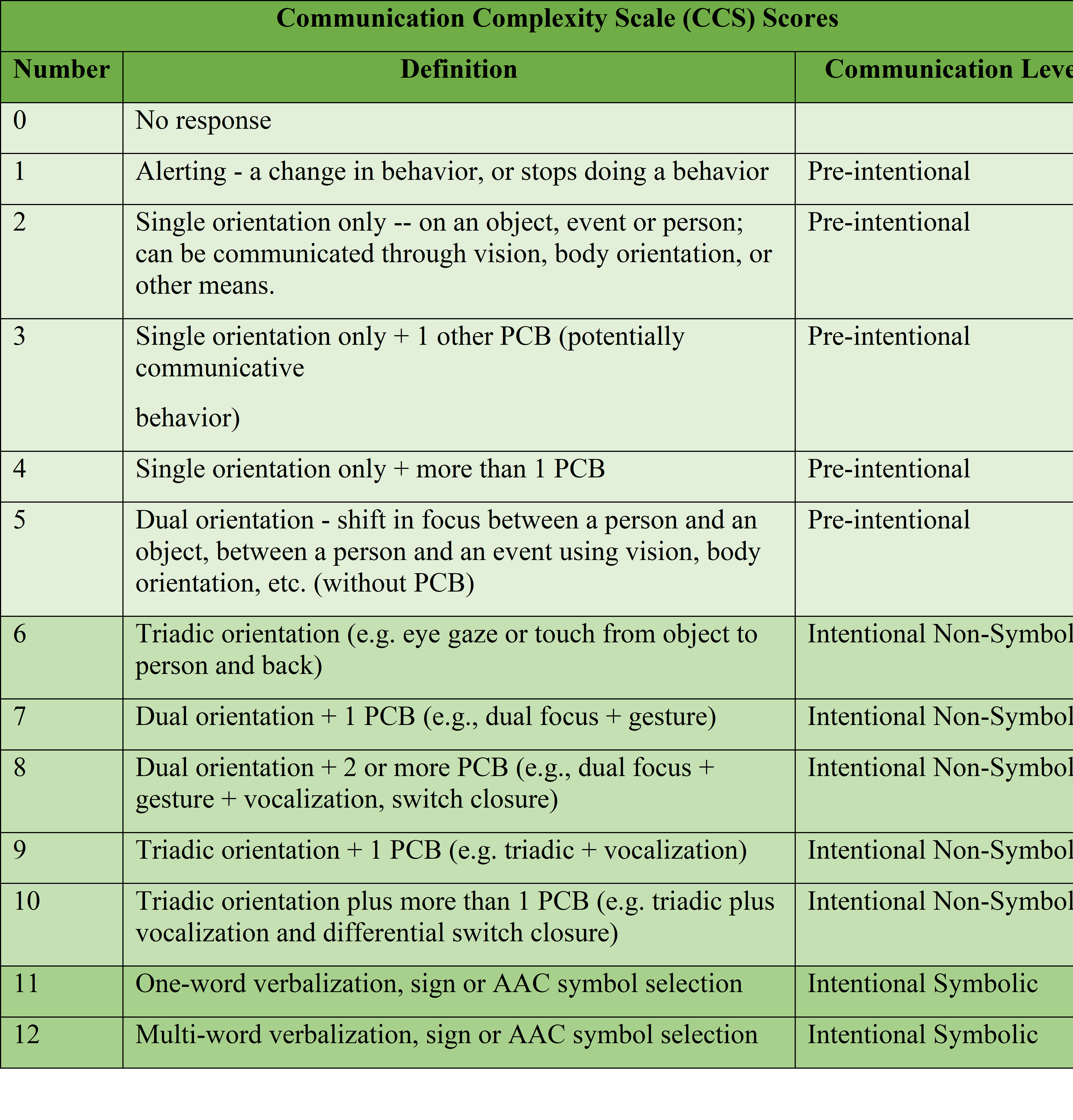