Results: We used multivariate analysis of variance to test diagnostic group (ASD, DCD, ASD+DCD) differences in age of developmental milestone acquisition (Table 1). Patients did not differ in age of acquisition for either gross motor or fine motor/ADL skills. The DCD group had an average age of language acquisition 12.36 months earlier than the ASD group.

Conclusions: The lack of group differences in age of acquisition for gross and fine motor skills supports our hypothesis that motor problems are profound in ASD. For many children, these likely warrant a co-occurring DCD diagnosis. This may lead to more targeted interventions for delayed or impaired motor skills greatly improving outcomes and quality of life (Blauw-Hospers & Hadders-Algra, 2005). Motor delays were similar between the ASD and DCD group, but the DCD group did not exhibit language delays. The link between ASD and DCD appears specifically rooted in motor skills, rather than reflecting global developmental delays. Missing information in the EMR limited our sample size, particularly for the ASD+DCD group where the treated prevalence was already quite low. This study highlights the need to clarify overlap versus independent presentation of motor symptoms in these two disorders. 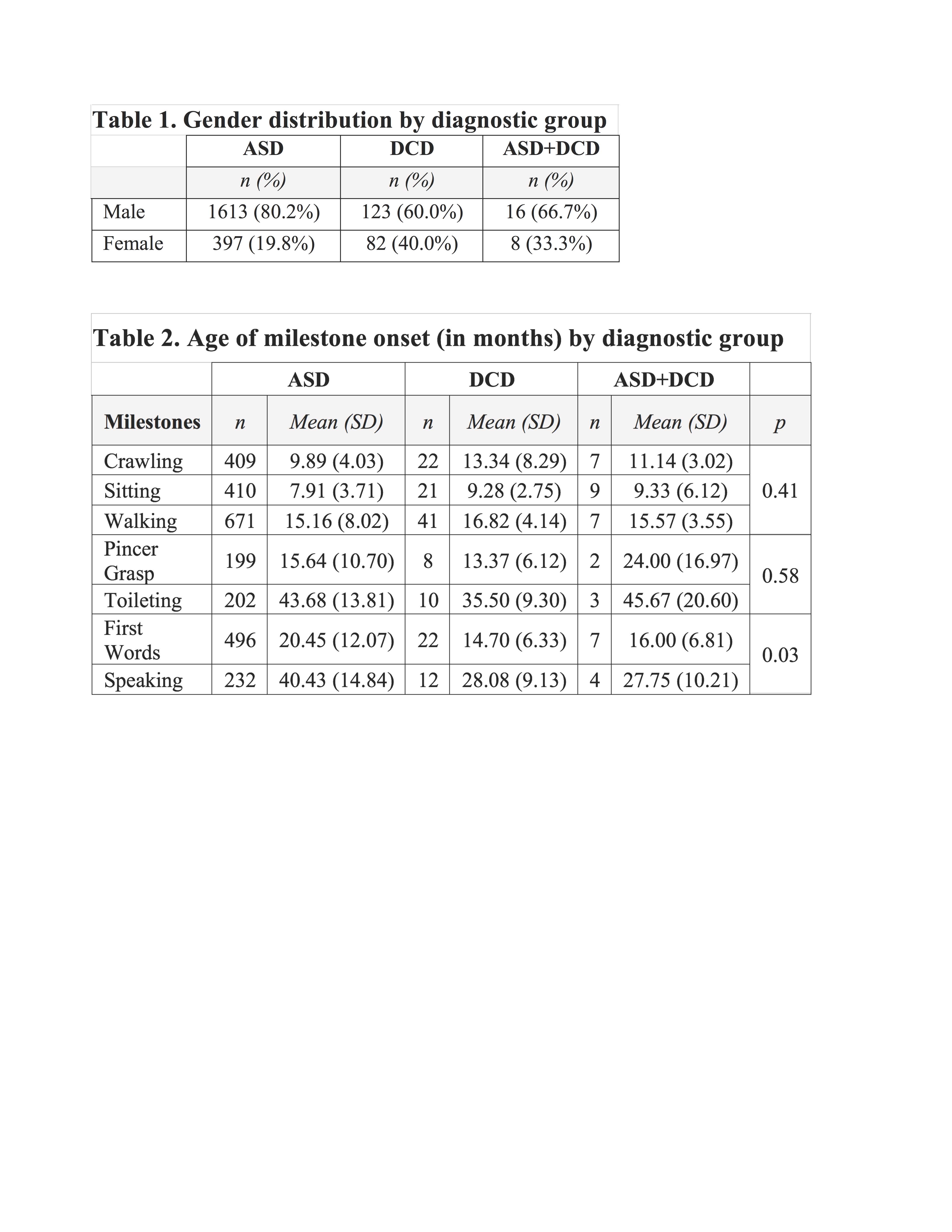