Objectives: To explore parent-teacher discrepancy in ratings of EF across race.

Conclusions: Race significantly predicted a difference in discrepancy between parent and teacher report of EF problems on several subdomains of the BRIEF. Compared to Caucasian children, teachers and parents disagreed more on EF ratings for Black children, with teachers on average indicating more impairment than parents. Upon further exploration, the discrepancy seems to be driven by parents of Black children rating lower levels of symptoms than parents of Caucasian children. Racial reporting differences were not found on behalf of teachers. Findings may indicate potential differences in symptom presentation between home and school, wherein home cultures may be better suited to meet the needs of Black children with ASD (Ratto et al., 2016) or may indicate underreporting of symptoms by their parents. 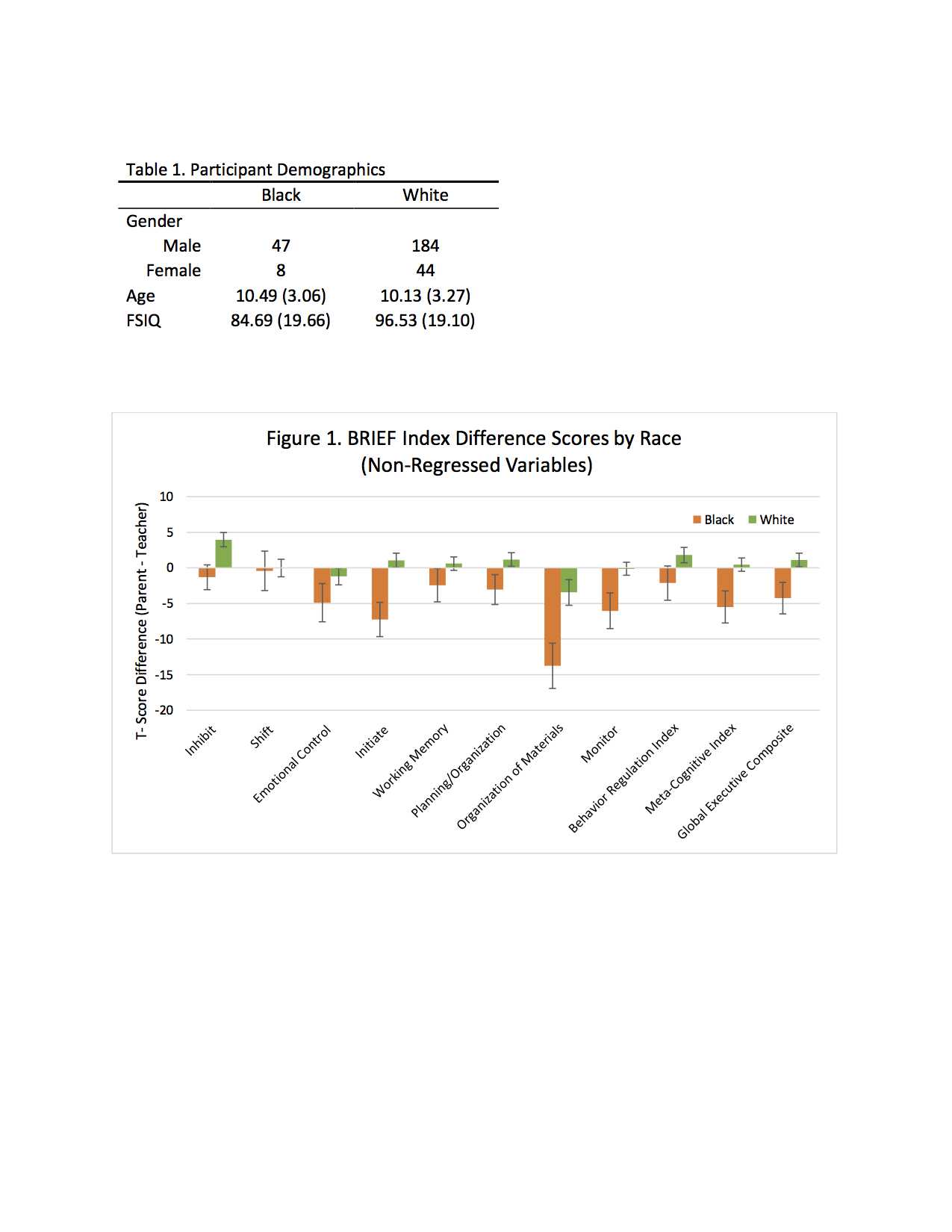