To investigate sex differences in scores on the Childhood Autism Rating Scale (CARS) to examine the utility of the CARS for toddler-aged boys and girls. Specifically, based on prior literature, to test the hypothesis that male and female toddlers receive similar scores on overall severity, emotional reactivity, and stereotyped behaviors, but female toddlers exhibit more impairment in social communication.

Participants for this study were part of a multi-site early detection study (Robins et al. 2014). Parents completed the Modified Checklist for Autism in Toddlers, Revised with Follow-Up (M-CHAT-R) at their child’s 18- or 24-month checkup and were offered a diagnostic evaluation if the child screened at risk after follow-up. This sample includes 323 participants who completed the evaluation between the ages of 17 and 27 months and met ICD-10 criteria for Childhood or Atypical Autism. There were no significant differences between sexes in age (t(321)=0.308, p>.05) or cognitive ability (t(321)=-0.671, p>.05). The CARS is a 15-item observation-based rating scale that yields a total score reflecting ASD symptom severity (Schopler et al., 1980). CARS items were divided into three factors (social communication, emotional reactivity, and stereotyped behaviors and sensory sensitivities) based on a factor analysis completed by Moulton et al. (2016). Factor scores were calculated by averaging the scores of all items included in a factor.

No significant differences were found between boys and girls on total severity scores, factor scores, or individual item scores (Table 2). 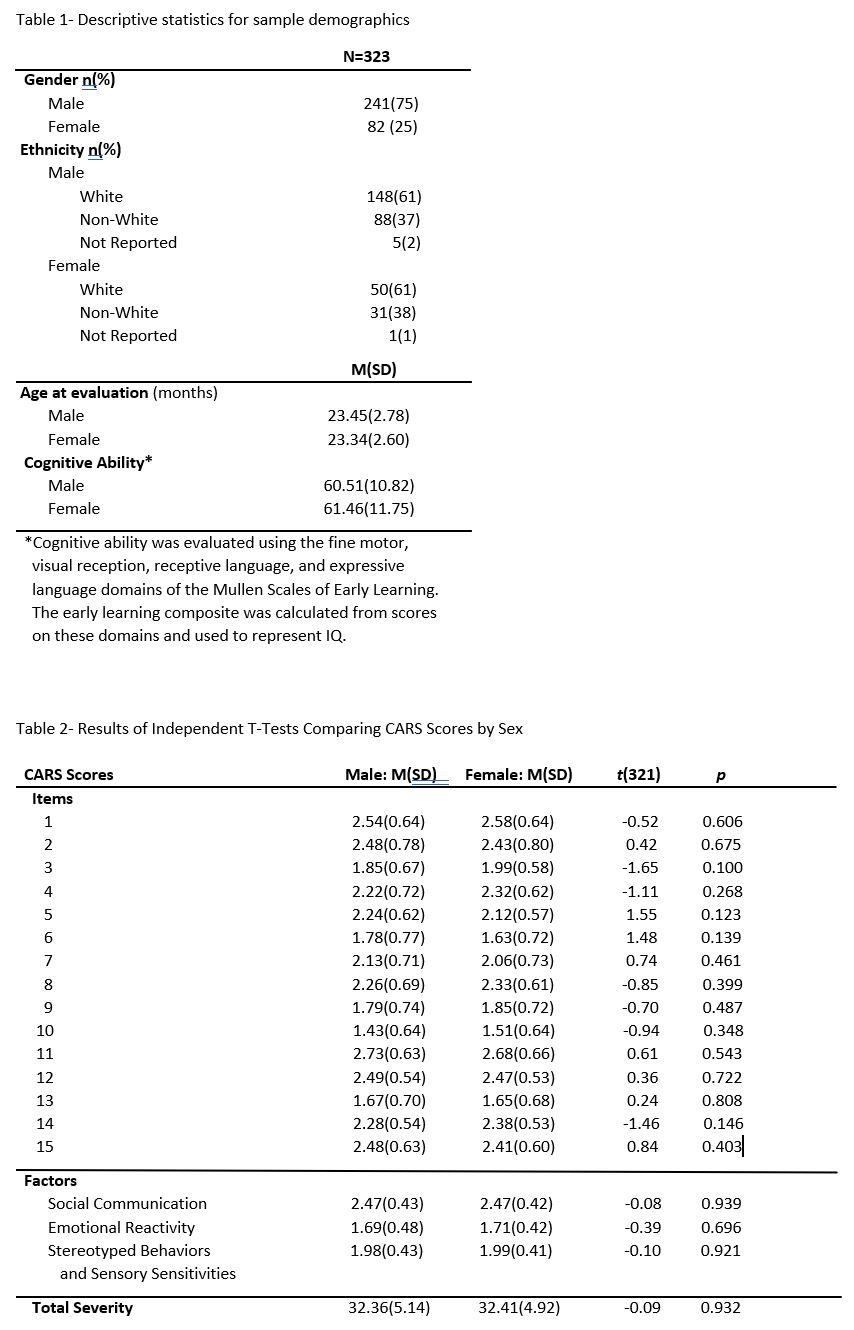