Methods: One hundred and twenty five children with ASD (89 boys and 36 girls) were assessed at approximately 3 years of age (Time 1) and again at approximately 5-6 years (Time 3) for autism symptom severity, IQ and adaptive function. A severity change score was computed by subtracting each participant’s Time 1 ADOS CSS score from their Time 3 ADOS CSS.

Results: Given the wide range of severity change scores demonstrated (ranging from increase of 4 points to decrease of 6 points, Figure A), the RCI (Reliable Change Index) was used to determine what constituted significant change - this was a 2 point change. Children were divided into groups according to their demonstrated increase, decrease or stability of autism severity. Almost half the children in the sample demonstrated significant autism symptom severity change over time (Figure B). The Decreased Severity Group (28.8%) included children who decreased in severity by 2 or more points. It was characterized by a large range of individual severity scores at age 3, an over-representation of girls, higher IQ means at both times and higher adaptive functioning at Time 3 compared to other groups. The Stable Severity Group (54.4%) included children who changed by 1 point or less in either direction. It had almost identical Time 1 and 3 CSS means, equal proportions of boys and girls, made IQ gains over time but remained stable in adaptive functioning. The Increased Severity Group (16.8%) included children who increased by 2 or more points in severity. This group had the lowest mean severity scores at Time 1 but the highest at Time 3, had an under-representation of girls and showed stability in IQ and adaptive functioning.

Conclusions: Autism symptom severity can change substantially during early childhood. Patterns of change are associated with factors such as sex, IQ and adaptive functioning. The current study included a higher proportion of girls (28.8%) compared to previous studies. Since girls showed a greater tendency to decrease in severity compared to boys, this could partially explain the higher perecentage of children who decreased in severity in the current study. This work can be relevant for families, professionals and researchers as it helps guide expectations for long-term outcome. 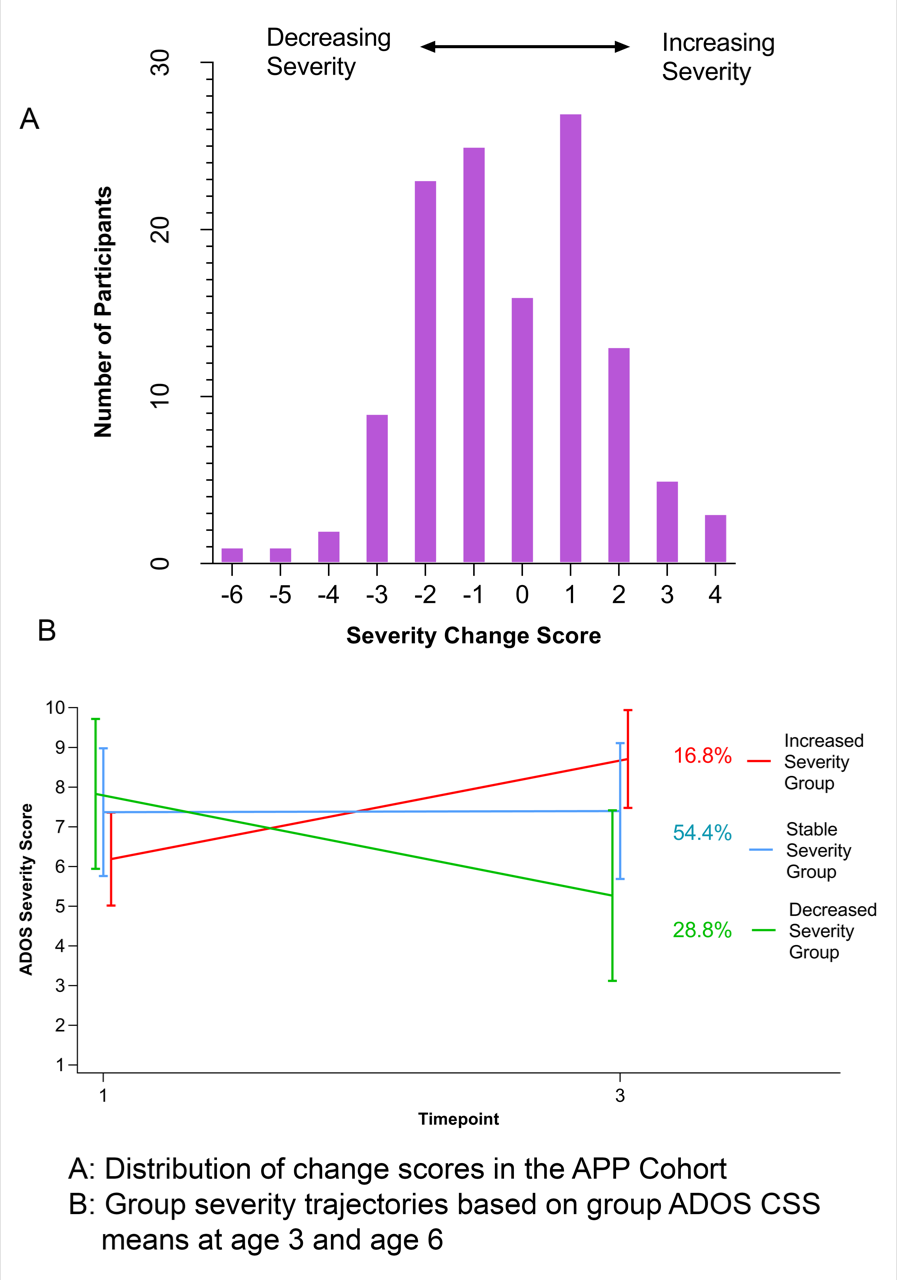