Objectives: To investigate whether autistic youth self report EF problems and if their self-reported profile yields a similar pattern of EF problems to that reported about them by their parents.

Methods: Archival data on the Behavior Rating Inventory of Executive Function (BRIEF) self-report from 134 autistic youth (101 male, ages 11.0–18.75 years, FSIQ≥71) and BRIEF informant report from parents (n=134) were evaluated. One-sample T-tests were utilized to determine if the self-ratings represented statistically significant elevations in EF problems compared to the expected T-score mean of 50. The parent- and self-report versions of the BRIEF have the same three domains in the Behavior Regulation Index (BRI), but only share four of the same domains in the Metacognition Index (MCI); see Figure 2. Therefore we ran two general linear model (GLM) repeated measures ANOVAs to a) examine the self-report BRIEF profile in autistic youth and b) compare subscale score patterns from the BRIEF self- and parent-report in the same autistic youth.

a Identity-first language rather than person-first language is used frequently in this abstract, consistent with practice among autistic self-advocates. 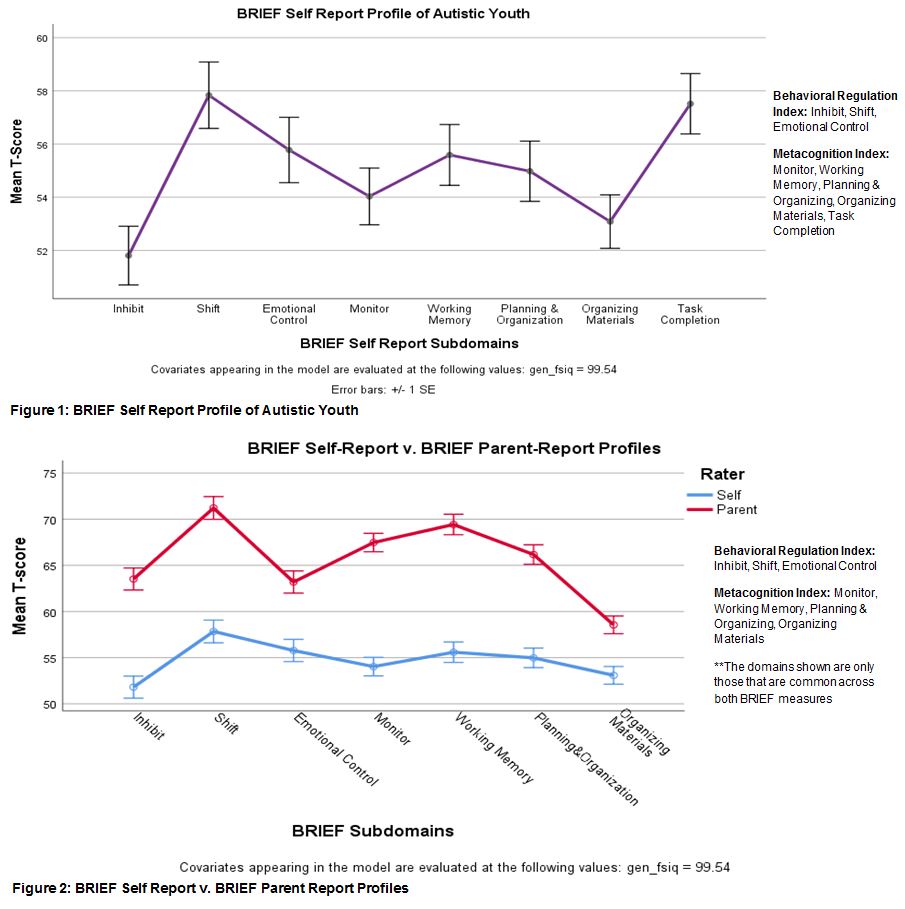